Share All sharing options for: Telfair to Serve Suspension 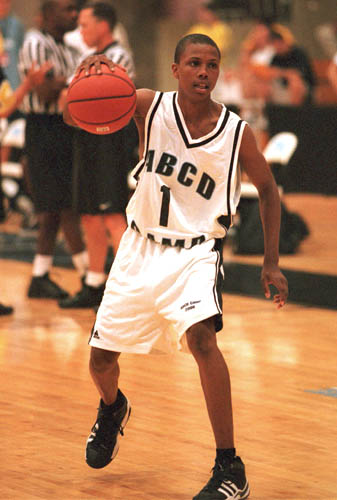 [Edit: Sorry for the lack of link and sloppy editing, totally bush league.]

I hesitate to post this, because I think Telfair's off-court problems are a bit overblown and they're definitely in the past, but news is news. The New York Daily News is reporting that Telfair will sit the first two games of the regular season:

Telfair was sentenced last month to three years' probation for misdemeanor possession of a loaded .45-caliber handgun, speeding and driving without a license in Westchester in April 2007. He was a member of the Celtics at the time of his arrest. Since his case has been resolved, his suspension by the NBA is automatic. The league needs only to determine  how many games he'll serve, with sources indicating it will be for a minimum of two.

... This will be his first suspension, although he's had two other notable brushes with the law since making the jump to the pros from Lincoln High School.

In February 2005, as a member of the Blazers, he was caught in Boston trying to bring a loaded gun onto the team's plane. He claimed the gun belonged to his girlfriend and charges were later dismissed.

In October, 2006, he had a $50,000 chain ripped from his neck outside Sean Combs' restaurant in Manhattan, just an hour before the rapper Fabolous was shot there. Telfair was not charged with any crime.

So that's twice with having a handgun in a stupid situation. But that last one underscores the reason Telfair probably had a gun in the first place. I don't think having a loaded weapon would've helped Telfair when he got the chain stolen from him, but I'm not him.

Since he grew up in one of the biggest cities in the world being showered with attention for his athletic abilities, I'm sure Telfair's had more than his share of people trying to knock him down, or just flat-out take what he has.

None of that is to justify the poor choices he's made, but I think those that continue to bring up these episodes as evidence that Telfair is a bad presence on the team are grasping at straws.