Notes from the Bunker...

Share All sharing options for: Notes from the Bunker... 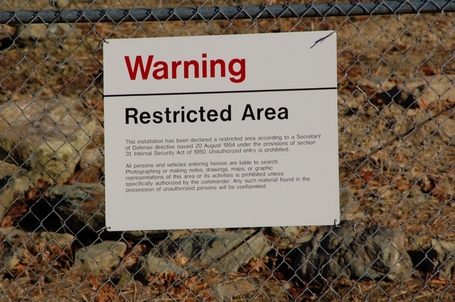 Let me see...in the last week and a half I've lost serious investment money, heard some KTLK radio maroons claim Magic Johnson faked AIDS, saw some lady from Shakopee insist to John McCain that Obama is an Arab (she repeated her opinion, then added the two other often whispered but bogus Muslim and terrorist claims to a Star Tribune reporter), and watched the Lakeville town hall crowd boo when McCain told them Obama was a decent fellow. Not a great time to be in the middle class here in the Tundra.

Properly depressed, I hit the bunker for awhile, complete with my new HD screen, Wii, a great Vodka martini, and an Internet connection, scanning my universe for signs of hope. Given my ongoing distrust of our local NBA franchise, you can imagine how rock bottom my world is to say I have found a spark of promise in our club. How 'bout them Wolves anyway?

As much as I've joked about the Iron Ranger and the Wolves front office, they continue to make the little moves that have low risk and potentially high reward. Yes, they swung and missed on Shaun Livingston, but adding Kevin Ollie and David Harrison could be small gems during this long season. Harrison is a potential problem child to be sure, but has much more talent than either the just departed Rafael Araujo, or certainly Cal (Tattoo) Booth. If healthy and focused, Harrison gives them another legitimate big body; from what we've seen so far this preseason, Kevin Love will have some defensive adjustments to make against quality big men, which equates to fouls and extended bench time. Having both Harrison and Collins playing minutes at the 5 means no "forced feeding" of the rookie (pun intended); if Love has it going, keep him in, if not, slide Big Al over to his natural power position and let the Wolves work with a bigger front court. Here's hoping Harrison can get healthy and force the club to either buy out or waive Booth by the beginning of the season.

Ollie isn't a great player by any stretch of the imagination. However, like Greg Buckner last year, he can be enough of a glue guy to help out 5 -10 minutes per contest, or be DNP for a number of games and still make a contribution when his number is called. Other than Mike Miller, the veterans on this roster aren't particularly talented, but they seem to be straight up guys. That should help in the locker room if and/or when those extended losing streaks occur.

It may have been Fatigue Friday against the Nuggets (without Anthony, I might add), but my sense is the Wolves will increase their overall win total on the backs of teams like OKC, Milwaukee and Memphis this season, but still struggle mightily against the elite teams--save for a couple of exciting upsets. Hope is what we're looking for, so if those upsets come, say, against the Spurs, or a certain green clad team from Boston, that and 30 or so other wins will be enough for the majority of us.

Speaking of the Celtics by the way, it looks like they may have added some talent, also under the cover of low risk contracts. Here's Peter Vecsey's column today in the NY Post about one Patrick O'Bryant. We'll have to see if Darius Miles has anything left, but O'Bryant is showing some serious upside in the preseason. Good for them, bad for the rest of the league...maybe.

Looks like everyone everywhere could use a little more hope, even the champs.