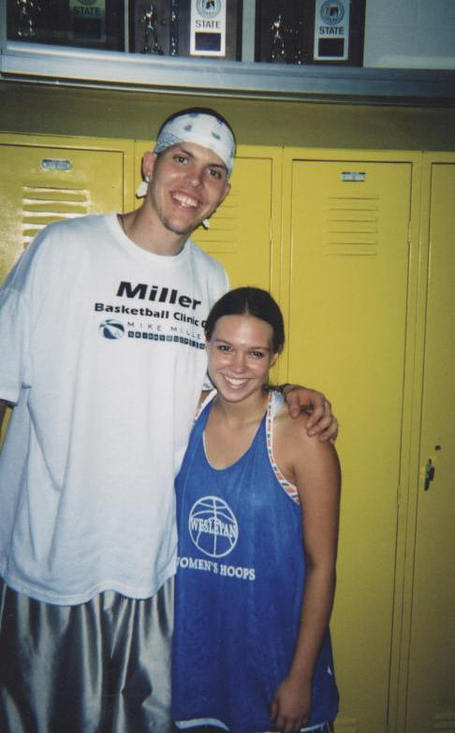 I haven't seen much talk about trading Mike Miller here at Hoopus, but posters over at Real GM seem to be interested enough in moving him, most often in exchange for salary relief for the Wolves. And there was this one at HoopsWorld that actually sounded surprised that the Wolves are unlikely to trade him. [ed - crap, now I can't find that HoopsWorld link, but seriously, I totally think I read something like that on some site like that at some time.]

The most common argument is that the Wolves aren't champsionship contenders and since the rebuilding isn't over there's remains a need to prioritize cap space. Moving Miller with Brian Cardinal would certainly improve the Wolves' newly healthy salary cap outlook and Miller would be a great help to a lot of teams.

But an article in the Mankato Free Press a few weeks ago solidifys why the Wolves should hold on to Miller beyond his on-court skill level:

"Oh yeah, I loved the Wolves and (former Wolves star Kevin Garnett) from the day he got there," Miller said. "When they played preseason games in South Dakota, I’d go to all of those. And they were all we had on TV, so I watched all their games."

Only two members of the Wolves’ 18-player training camp roster have more pro experience than the nine-year veteran.

Coach Randy Wittman said, upon Miller’s arrival, that he immediately challenged him to be a team leader.

Miller said he’s fit into that role rather easily.

It's well known that Minnesota is one of the least desirable locations for NBA free agents. There's no weather incentive, there's no tax incentive and the team currently lacks a player that would attract teammates.

In Mike Miller, though, we have a high-talent player who genuinely loves the Wolves and wants to be here. In order to get a player of similar skill via free agency, the Wolves would have to overpay. In fact, we usually have to overpay in order to attract free agents (see James, Mike). So while cap space may prove to be very useful in two years, I'd rather have Miller at $9m a year (and with or without long hair) than a new free agent at $10m or $11m.