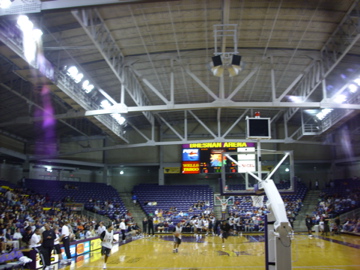 It was a fun night in Mankato last night.  The Wolves scrimmaged in front of about 2000 fans at Minnesota State's Bresnan Areana at Taylor Center.  I went to the game with my oldest daughter and we had some nice seats about 6 rows up behind the bucket.  We Twittered the game here. A few thoughts:

Well, that's about enough for the scrimmage.  Remember to check out Hoopus' Twitter page.  Oh, one more thing, after the game the players signed autographs for 20 minutes and little Ms. Stop-n-Pop was excited to get Corey Brewer's and Kevin Love's autograph. 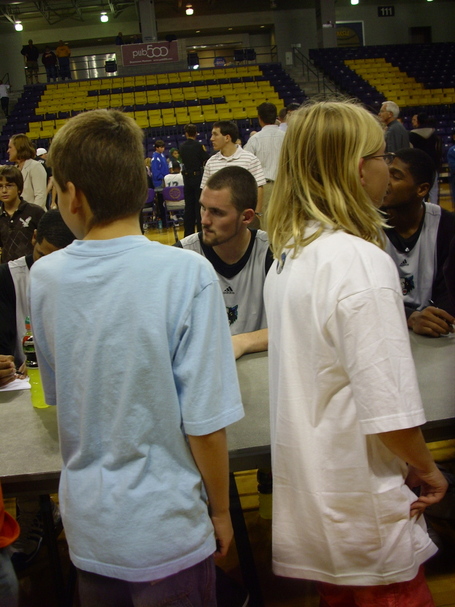 Pretty cool for a 10 year old.  The Wolves did a lot of work in the local community during their week in Mankato.  This team does a lot of good work off the court.  From Shaddy's Shoot for the Cure to Ryan Gomes' work with Hoops for Heart Health, these guys are doing things that you want your kids to see.