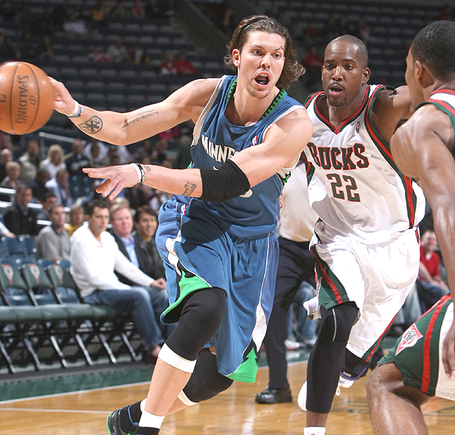 OK, so it's only a pre-season game that wasn't broadcast locally and could only be found on line, but the Wolves played their first game of the season last night against Milwaukee's worst.

There's not too much you can do to look into a lopsided contest like this, but I would like to point out a few things from last night's game that fans should pay attention to this year:

That's about it for this game.  I'll have the next few parts of the season preview posted here in the next week or so.  One more thing about last night's game: Shaddy scored 22 points on 6 shots.  That's incredible.  Getting to the line is a beautiful thing.