Share All sharing options for: Game Day: It's Oden Time 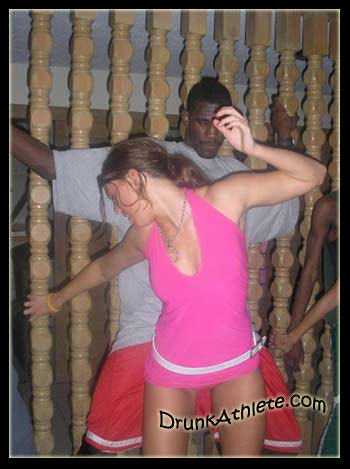 Over at the excellent Blazer's Edge, Dave has once again given Portland's keys to the game:

1.  If you either slow down Al Jefferson's scoring or match him point for point you should be able to beat the ‘Wolves.

2.  This is a game where Portland should dominate on the boards.

3.  Deny the middle and make the Timberwolves score from the perimeter sidelines.

4.  Offensively the Blazers need to go hard into the heart of the Minnesota defense.  Post-up play is one way to do that but it allows the defense to get set.  Even better:  get past your initial defender and take the ball down deep.  You're guaranteed to have an easy scoring attempt or a pass to someone else for an easy scoring attempt.

5.  Speaking of passes:  two decent ones in any possession and you'll have whatever shot you like.

The guys over at CanisHoopus were quibbling with Point #3 the last time I made it, but it's a pretty safe bet that having McCants and Foye and company hoisting over the top is a lot better bet than letting Jefferson and Love work inside.  Last game we held them to a comparatively low 41.7% from the field and let them shoot a comparatively high 41.% from distance and won the game.  Do it again.  Long shots = long rebounds = running = rampant score escalation = Minnesota is done.

At this point I would simply like to welcome Dave to the Wonderful World of Randy Wittman.  Let me dress up a comment I made over at Britt's place:

While the defense has been troublesome, this team hasn't exactly put together too many consecutive quarters of good offensive ball. I think the ideal goal for this club this year was to have a neutral (or as close to neutral) OE/DE ranking as possible. Right now they've improved their OE from 103.8 to 106.4 but their DE has actually increased by 0.3 to 111.5.

I still don't think it's beyond the realm of possibility with this club to see them operate around 108 in both of these categories. The Charlotte Bobcats come in at 108.8 and the Clippers are at 109.5.

That being said, this team is leaving a lot on the court in terms of offense; probably more than they are on the defensive end of the court.

Why is this the case? As one would expect, they don't get to the line very well. Despite an early push, they are back to their negative free throw ways; having both a negative differential and a very low ft/fg rate. They are losing 3 attempts and 2 makes/game at the line. Right away you can account for most of their point differential.

You can account for the other lost points with their God-awful shooting, much of it brought about by forcing regulars like Corey Brewer and Sebastian Telfair to set up camp in slower 1/2 court sets.  It also doesn't help that their 3 best spot up shooters (Mike Miller, Randy Foye, and Rashad McCants) all seem to be afraid to shoot open jump shots; instead opting to pass (Miller) or drive (Foye/McCants) in a slower-paced offense not suited to best maximize their skills.

The Wolves have the 25th worst eFG in the league. They attempt the most shots/game in the league (granted, they have played some overtime games).  That being said, if they shoot a baseline 45% from the floor, they make about 2 more buckets/game and we're talking about a 3-4 or 4-3 type team.

They also have a ridiculously slow pace for the type of ball they are playing.  Right now they have the 19th slowest pace in the league, at 90.6.  This is Utah Jazz/Miami Heat territory.  I can't for the life of me think of a small ball team who plays as slowly as the Wolves do. I suspect that this, along with FT and eFG, is where a large amount of their offensive dissonance comes from. This isn't necessarily a bad thing. They have good assist, oreb%, and TO numbers, and their overall OE is solid, but they are leaving a lot on the floor with poor shooting, and a relative lack of free throws.

Defensively, they are who they are. Trying harder may help a bit but the fact remains that their internal defensive numbers (opp eff, efg, to, oreb, ft/fg) are across the board bad. There's no dissonance in these numbers. They are bad, bad, bad, bad, bad and there is little reason to think they can make a massive improvement. That being said, they aren't that far from a team like the Bobcats (who force more TOs and allow fewer relative ft/fg) or the Clippers (hold opponents to lower eFG).

This team is losing these close games more because of offense than defense. They shouldn't be this bad from the floor. They have the personnel to make this work (and get turned around quickly) on the offensive end. Not so much on defense.  This team is a small ball team.  Yet, it has a coach who believes it to be a slow-em-down defensive-minded squad.  It's absurd.

Plugging this theory into the last Portland game, if Kevin Love doesn't go 0-7 and if Mike Miller takes more than 8 shots, the Wolves win the game.  They can play the exact same defensive game and with just a modest improvement on the offensive end, they win.  The same can be said about games against Dallas, San Antonio, Golden State, and OKC.  This team needs to play over-the-top more than it is.  More 3's, more transition, and more shots from Mike Miller.  It's not rocket science.

Cribbing a point of interest from Dave, here's the Wolves' keys to the game:

Other than that, this marks Greg Oden's first trip to Minny since his days at OSU.  It's also part ii of our yearly 4-part reminder that Randy Foye was the not-so-delicious interior of a Brandon Roy/Rudy Gay draft sandwich and that the Blazers were able to land their big 7-footer by the grace of a coin flip with the star-crossed Wolves.  While you may hear quite a bit about how good of a GM Kevin Prichard is (and he is), remember that the Blazers are the Blazers only because of another Kevin (McHale) and a coin flip.  Otherwise, we Wolves fans are headed off to watch KG, Roy, and Oden go up against the young upstart Blazers, led by...well, perhaps Mr. Foye.  Did I mention that it's a pain in the ass to have to be reminded of all this 4 times a year? As you can imagine, the term "Pritch Slapped" is especially nauseating in these parts.  There's no such thing if the Wolves had a 1/2 way decent front office.

I don't mention this because of sour grapes (although, it probably does play some part), but rather to make a point about the weird nature of the NBA: a league where you need a good deal of luck + a good GM to make excellent things happen.  A team like the Wolves only gets lucky so many times and it's up to the front office to capitalize on their very limited chances.  From Foye to Roy to coin flips with Portland and Memphis, most Wolves fans don't like their chances even if this particular front office is dealt a winning hand.