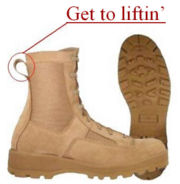 Only thing that really matters tonight: Will the Wolves rebound mentally from the embarrassing loss last night?

After last night's game I'm not sure who needs a win tonight more, the fans or the players.