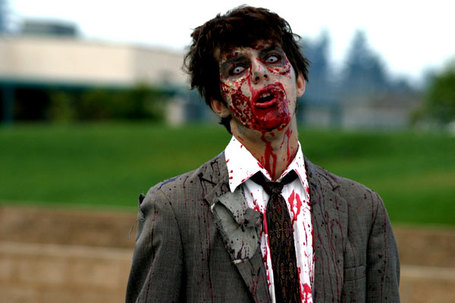 This morning's game recap is a little late in happening because yours truly was up in the cities tracking down the 20th anniversary version of the Cities 97 Sampler.  My wife is a big fan of the series and it has become something of a Christmas tradition to have one of these CDs waiting under the tree with her name on it.  Here in Mankato, our Target had a line of about 100 people waiting at 7 AM (some people were in line at around 2 in the morning).  Unfortunately, they didn't have enough CDs to satisfy everyone in line and many people left with nothing.  Driving past the Target in Shakopee I saw a throng of about 200 people trying (most of them failing) to walk up to the door at 8 to get their copy of the 2 disc charity set.  Folks, here's a little secret: Cities 97 loads the hell out of the Southdale Super Target and you can mosey on in at about 9 and get your precious CD.  It's the same deal each and every single year.  As a quick aside, can I ask any of our pop music listeners in the audience what in the hell is up with Duffy?  I'm a big fan of Memphis soul and early honky tonk so I don't exactly listen to a ton of contemporary adult pop, but I'm absolutely floored that this squeaky chucklehead is able to find her way onto the radio.  Listening to her cut on the CD during the ride home made me want to throw the damn thing out the window.  Anywho...

Yesterday I closed out the game preview post with this little ditty:

It's a tough choice: kill video game zombies or watch the evil zombie creation of head zombie Kevin McHale.  No matter what he screws up...he will always be back.

I received an email from an anonymous reader who was upset that I would compare the players on the team to a bunch of zombies.  She wasn't upset about the McHale comment but she thought the "evil zombie creation" line was a bit over the line as far as the players were concerned.

Admittedly, it was an off-hand comment spurred on by a reference to a new video game, but the more I think about it, I think zombie references are the way to go with this squad...for the players and front office.  Let me explain.

Zombies are pure instinct.  They are who they are.  As we learned in the Day of the Dead, mad-genius scientists can't change the nature of even the most cuddly zombie (Bub, in case you are wondering).  There are no carrots and there are no sticks; you simply have to understand that the zombies want to eat you and act accordingly.

The Minnesota Timberwolves are an offensively geared small-ball club.  Period.  You can't teach a rotation of Randy Foye, Mike Miller, Ryan Gomes, Craig Smith, and Al Jefferson to be a taller more defensively-minded group of guys.  You can't get mad at them and yank them out of the game when one of them misses a single defensive rotation or forgets to seal their man on a weak-side rebound.  You can't not play a rookie zombie like Kevin Love because he misses a few easy bunnies in his first 10 games of his pro career.  You get the picture.

Last night Our Beloved Puppies displayed a blueprint for winning zombie basketball: well-spaced, up tempo offensive ball for 3 quarters before banging it down to chief zombie Big Al in the 4th quarter when the pace slows and opposing sleep walkers ratchet up their game in hopes that they can sneak away from Target Center with a V.

Before I get too caught up in the zombie kick, let me take a step back to note that the Wolves won this game for two reasons: solid shooting and free throws. Last night Minny went 51.4% from the field.  They are now shooting 43.7% from the field and are the 24th ranked team in the league with eFG at 46.2%.  Last night they went 22-30 from the line (compared to 15-23 for Philly).  The Wolves have the 3rd best FT% in the league at 79.6% but have the 7th fewest attempts at 18.3/game.  Despite outscoring the Sixers by 7 at the line, the Wolves give up an average of 1.3 ppg at the charity stripe to their opponents.  Last night the Wolves were outstanding from both the field and the line and it would have been a minor tragedy had they lost the game to a team that went 1-11 from beyond the arc as well as shooting 4% less than Minny from the field.

Moving on to another part of the zombie blueprint, the Wolves played their most effectively paced game of the year last night.  Overall, their pace has creeped up into the teens (18th) but they are still playing too slow for the type of personnel they have and the type of ball opponents allow them to play during the 1st 3 quarters of ball.  Last night OBPs took 20 shots in the 1st, 20 shots in the 2nd, 19 shots in the 3rd, and 15 in the 4th.  Granted, they had more free throw attempts coming down the stretch, but the game visibly and statistically slowed down (as it tends to do in the 4th when the opposition wakes from their slumber and tries to close out the good guys after 3 quarters of somewhat ambivalent ball.)

When the game did slow down in the 4th, our zombie squad developed something of a plan and a pecking order with Big Al taking 6 of the team's 15 shots in the quarter (all of them coming after the 8:06 mark).  Randy Foye, to his great credit, foiled the Wolves' marketing gurus and played his best point of the year; doing little more than getting the ball down to Mr. Jefferson.  There is zero need for 4th Quarter Foye when you have a zombie beast like Big Al on the low post.

Since we're on the subject of pecking orders, I'm going to hold true to my promise about not talking about the coaching on this squad, but I am going to take note of the need for this team to start filtering down its rotations.  There is no reason on God's green earth that Jason Collins should be starting or taking minutes from K-Love.  This squad should be sticking to a strict Miller, Jefferson, Gomes, Foye, Love, McCants, Brewer, Smith, and Sebastian Telfair rotation.  These are the only guys who have a chance of sticking around and they are the ones who should be getting the minutes.  This post is getting a bit long so I'll save the subject of rotations for another day, but this team should have more of a rotational identity by now; it would benefit the players' confidence and the team's performance.

Let's wrap this up with some bullet points:

Finally, everybody's favorite Belgian Wolves fan, Wim, needs our help getting the NBA to add Belgium to its list of supported League Pass countries.  Please click here and ask the NBA to kindly allow Wim to spend his money on their product.

Yesterday in the comments section TMiss (of The Mississippifarian fame) noted that he was upset that the NBA makes its product hard to find for many potential customers.  Last night I could not get the Wolves on League Pass here in Mankato.  I do not have cable and watch the games via Apple TV and my computer.  I paid for the product yet I can't watch it.  Each year I pay for league pass even though I know where I can get the product streamed for free.  Wim is over in Belgium dying to pay money to watch the NBA's product.  I'm down here in the hometown of the team's frickin' owner paying for a product I can't see.  Come on NBA, get with the program.

OK, I lied...one more thing: as mentioned before, KG comes back tomorrow night.  You can still buy tickets here. We also need to come up with something Big Al can say to KG after last year's epic trash talk where he told KG that they both have something in common: not winning a ring.  Now that KG has a ring Big Al is bound to be on the wrong end of some...shall we say, rough KG verbage.  Remember that this is a family site and we like to keep it as clean as possible (use "Smurf" or "Smurfin'" for swears) but we'd like to know what you think Big Al should say to KG when the Big Ticket inevitably starts running his mouth at Jefferson about last year's comment.