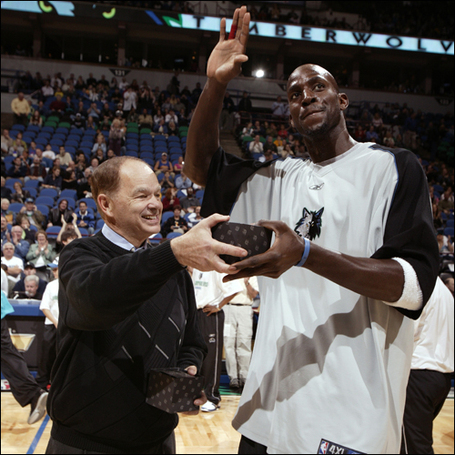 From yesterday's PiPress (cross outs are mine):

"If I worried about the short term, and I looked at the economy and all my companies, if I based things on that, then I'd fire all my presidents because they had a bad month," Taylor said. "I've been through ups and downs. You've got to be patient. I think Randy has prepared (the players) well. We've just got to get them some confidence. They're still young."

"Because they've done some really good things," Taylor said. "It's just been that fourth quarter. Is it just unlucky, or why do we do turnovers late in the game?"

I thought we would probably have a better record. We played really good in every game for three quarters; we've just struggled in fourth quarters. We've done some really good things this year. The turnovers have been down, but when we've had them, they've been at critical times in the fourth quarter."

Wittman has this season and next season remaining on a contract worth nearly $5 million. No shakeups are planned, Taylor said.

I hate to be the one to break this to Papa Glen, but it doesn't matter which quarter you pick, the Wolves have at least one 12-minute suck-fest during each and every game.  In this case, the world champion Celtics decided that they didn't want to exert 48 minutes of effort against a scrappy Wolves club and they pulled away at the half.   Other teams just have the decency to wait until the last quarter.

The problem with the Wolves has nothing to do with the 4th quarter.  It has to do with questionable personnel decisions, bad coaching, and terrible back court play.  That's it.  You can pretend that it's a matter of getting your guys to play a bit harder in the 4th against the Oklahoma Cities and Golden States of the world, but ultimately this comes down to the simple facts of Kevin McHale can't GM, Randy Wittman can't coach, and Randy Foye can't play point.  You newspaper columnists can thank me later for saving you a years worth of material with this squad.

Since we're on the subject of quarters, let's also take the time to talk a bit about the 1st.  Randy Wittman now runs out a starting lineup of Al Jefferson, Jason Collins, Ryan Gomes, Mike Miller, and Foye.  Against Philly, Collins racked up a -11 before he was yanked for Kevin Love.  Against Denver, JC was -8 before K-Love made his entrance.  Against Boston, Collins gave up a -3 before the Wolves' 1st round pick made his way into the game.  I am in no way suggesting that Kevin Love is going to win all of these games for Our Beloved Puppies Zombies, but a) he needs the minutes and b) he's better than Jason Collins.  Forget the end of games, Minnesota is the only team in the league that spots its opponents Jason Collins and a terrible defensive 3 point specialist who doesn't shoot 3 pointers.

Speaking of Mr. South Dakota, he has now taken a grand total of 32 shots in his past 5 games.  He is shooting 52% from the floor.  I'll let Britt take it from here:

Miller had proudly told reporters that he didn't take bad shots, and wouldn't take bad shots, which sounds dandy--"play the right way" and all of that--except when you consider that coming into Wednesday's game, Randy Foye was shooting 36.3%, Rashad McCants 35.8%, Corey Brewer 38.6%, Kevin Love 38.2% and Bassy Telfair 32.4%. By contrast, Mike Miller was making 51.7% of those good shots he was taking, which made one or two Wolves partisans interested in finding out what might happen if he threw up a few bad ones, because even if only 40% of them went in, it was better than the other alternatives on the wing.

Mike, on a team with Randy Foye, Sebastian Telfair, and Corey Brewer, we need you to take some bad shots.  Please.  Last night you had numerous open shots that were inexplicably passed on.  One in particular stands out.  In the 1st quarter, Kevin Love set a beautiful screen to open you up from three.  The shot was yours.  Completely sealed from the defender by the heads-up rookie.  Did you shoot?  Of course not.  In other related South Dakota news, human cock fighter and SD native Brock Lesnar was at last night's game.

Let's get to some bullet points:

Folks, there was a lot of chatter on the radio today about how Wolves fans would feel about KG's return to the Target Center.  Does it leave fans with a bad taste in their mouth?  Are they happy that KG finally won a title?  Are they bitter?  To tell you the truth, I was really kind of ambivalent about KG's return.  After all, outside of one magical run to the WCF, KG, his big salary, and his taste in free agents (cough...T-Hud...cough) helped keep the Wolves stuck in 1st round playoff hell.  Yeah, it kind of sucks that the Wolves had the basic idea right (surround him with 2 scorers) and that it only took him a few months to win elsewhere what he could have won here under better management, but it had to change.  If KG were still on this squad, the Wolves would have likely had only 1 1st rounder between 07-09; giving picks to the Clippers and Celtics.  They'd probably still have Ricky Davis and Marc Blount and we'd still likely be watching a 2-8 team.

The problem (and the heartache) for this club is, was, and always will be Kevin McHale and Papa Glen.  It's almost comical at this point.  They continually pick the wrong people and run the wrong systems.  They sign the wrong guys and send the wrong ones out of town.  There is zero accountability and almost no luck.  The luck that they do have gets destroyed by rank incompetence.  The Country Club is, was, and always will be.  Even if McHale retires, Fred Hoiberg is there to take his place.  What makes Freddy so qualified?  Outside of being white and from the midwest, I don't have the slightest idea.

This team will cause heartburn and ache until the Country Club is broken up.  It has nothing to do with KG winning elsewhere and returning with a different number and team.  The Wolves are about to have a colossally bad  season and walk away with cap space and 1st round picks.  This is it.  This is their last chance.  Yet somehow, the guys who crashed the car in the first place are still behind the wheel.  That's what causes the bitterness and regret.   Things are moving in the right direction.  We just can't trust McHale and Papa Glen to get us there in one piece or not get lost in the process.