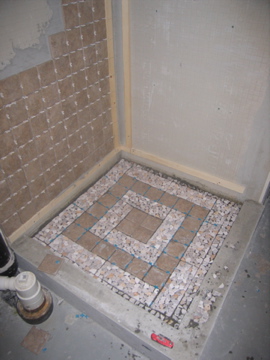 I hope you all have had a wonderful Thanksgiving weekend.  Yours truly had a fantastic time with some old friends coming up from Omaha to join us with my parents, sister, and her boyfriend.  We ate way too much food and we tore apart and remodeled our basement bathroom.  We also watched some hoops.

You really have to love the NBA sometimes.  Having paid for the League Pass Broadband package, I have been able to watch exactly zero of the past three games without having to resort to live streams from overseas sources.  Why pay for something I can get for free...especially if it doesn't contain all of the games? I've written the folks at League Pass about this and I have received no response.  I live in a household that doesn't have cable, is in radio no-mans land, and is out of range of the team's local TV broadcast network.  How am I supposed to legally watch the games?  Having illegally watched the games, let me now demonstrate the ridiculousness of the NBA's broadband policy by giving what I should not have seen some free pub.

With three games over the Thanksgiving break there certainly isn't a shortage of things to talk about with this squad.  Let's ignore the games for a second to talk about the two big elephants in the room: Randy Wittman and Rashad McCants.

During the team's trip to OKC, Jerry Zgoda (and the radio crew) made note of the fact that Kevin McHale had made a rare road trip, presumably because some sort of move would be made if the team did not pull out a miraculous last-second victory.  I, for one, do not believe that the team would have fired Witt had the team failed to win against OKC.  First off, it's a ridiculous premise; this team is supposed to be all about long-term development and when they pull off a win on a shot with 0.1 seconds remaining, the long-term issues do what exactly?  Do they disappear?  Witt suddenly becomes a better coach for said development?  The team magically has better talent?  Sorry, I'm not buying it.  Changing coaches does nothing to make this a better team in the long run.  In order to do that, you need some front office dominoes to fall.

I think it's much more plausible that the team is doing whatever it can to make a deal that involves a certain  born-to-be-hated-dying-to-be-loved off-guard that has completely fallen off the radar in the past few games.

Against Denver Shaddy had 2 stints; the first one was 2.9 minutes with one three point shot and nothing else, and the second one was 3 minutes with three three point shots and not much else. Against OKC he was a DNP-CD.  Against Phoenix he had three stints; 2 unproductive runs of less than 5 minutes and one game-ending garbage timer with a few threes when they meant absolutely nothing.

At this point in the season, Shaddy seems to have simply decided that he will get in the game and jack up whatever he can before he is trotted back to the bench.  He's barely in the rotation anymore, with Ryan Gomes cementing himself at the starting 3 and Corey Brewer being the primary sub at both the 2 and 3.  I don't write much about chemistry because I obviously have zero access to the locker room, but something appears to be amiss.  I don't know what it is but my best guess is that Shaddy is not long for the Wolves' world.

Getting around to the games, the Wolves did not deserve to win any of the three contests.  Against OKC, the Wolves allowed the league's worst shooting team to shoot 50% from the field (42.8% from beyond the arc).  Against Phoenix they were never in the game, and against Denver they got smacked around a'la Boston by an obscene 3rd quarter.  I eagerly await Papa Glen's next newspaper interview about how this team just doesn't know how to play 4th 3rd quarters.

That's about all I'm going to write about the actual on-court product of which I paid for but I couldn't actually legally watch.  Instead, let me finish with a broad point and a re-hash of one of last season's most loved/hated (in honor of Shaddy) features: Mega-Deal Monday.

Here's the kicker with the Wolves: they are not a 4-11 team but they are not better than a 4-11 team...if that makes any sense at all.  With reasonable rotations and a more clearly defined pecking order (to say nothing of taking too long to adhere to winning zombie ball by simplifying the offense for the non-point point guard) Our Beloved Puppies Zombies should probably have wins against San Antonio, Golden State, and maybe one of the Portland games.  However, they are clearly still in the bottom third of the NBA.  4-11, 5-10...so what?  This team is simply not cutting it in several key areas, namely player development, OE/DE neutrality, and FG% consistency.  Despite the Iron Ranger's insistence that this was going to be a winning year, it was, is, and will not be, and anyone with a passing interest in the game can, could have, and will tell you this.  This year should have been all about giving young guys like Brewer, Randy Foye, and Kevin Love as many minutes as possible, as well as seeing if Big Al Jefferson has enough two-way juice to be a true cornerstone player.  With that last little ditty in mind, and with growing frustration concerning the product that is being trotted out on the court (which I pay for but cannot legally watch), let me present to you the year's first Mega-Deal Monday, the blow-it-up edition:

The Wolves would then enter next season with barely anything on the books (seriously, it would be something in the $25-30 million range) and a ton of picks.  They draft the BPA available with the top pick (ideally a true point or combo guard) and then get (at least) the best center they can with the remaining picks.

To tell you the truth, if option #2 were on the table, I'd take it in a heart beat...no additional thought required.  And yes, I get that Big Al is packaged in the trade...which should tell you a lot about my faith in this team to a) get it right with him on the squad and b) for him to be a legit cornerstone.