Game Day: A match of equals

Share All sharing options for: Game Day: A match of equals 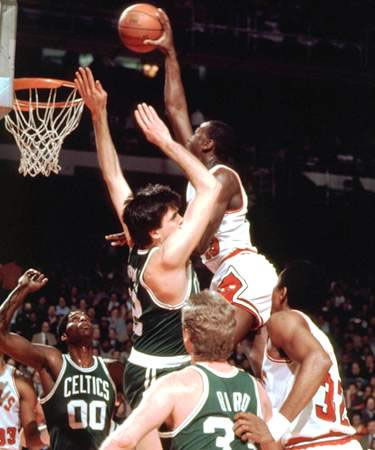 While MJ may have soared high above Kevin McHale on the court, he has been the Iron Ranger's equal in the front office, delivering his teams a collection of mismatched players and crazy draft picks like Kwame Brown and Adam Morrison.

Tonight in Charlotte the creations of these two Hall of Fame players/Hall of Shame GMs will square off in a battle of 11-loss squads.

Will the Iron Ranger make another road trip?  Will Shaddy get any burn in his home town?  Will he make the return trip?  Are the two teams working on exchanging a few of their mismatched pieces with one another?  If such a trade is made will the pieces be any less mismatched on their new teams? Will MJ make his way off the golf course to return the Iron Ranger's phone call?  Will the Iron Ranger make his way out of his deer blind to make the call?  Will Papa Glen finally put an end to the madness?  The answers to these questions and many more....tonight, in Charlotte.

I'm sure the 'Cats would love to get rid of Morrison, and he's everything McHale loves in a player, but I'm hoping against what I suspect is the Iron Ranger's main target should he really be considering a deal with the Bobcats.  The "I just have to have that Morrison kid" thought-bubble is probably visible above his head at this point.  Just thinking of how the FO would try to spin any trade that brings the team Mr. Morrison makes me chuckle.

UPDATE:  Looking around at last year's games against the 'Cats, I was reminded of the fact that the Wolves' last game against Charlotte featured one of the craziest shooting nights I have ever seen, with Charlotte posting an amazing 72% true shooting percentage.

Charlotte beat the Wolves despite attempting nearly 30 fewer shots than Minnesota. They also had 3 players with at least 8 shots shoot over 70% from the floor (unadjusted for TS or eFG). Their worst shooters were Raymond Felton and Earl Boykins...who each had an eFG of 50%. Their highest volume shooter (Jason Richardson) had an eFG of 64% on 21 shots. If you add in his free throws (9-12) he had a TS% of just over 68%.