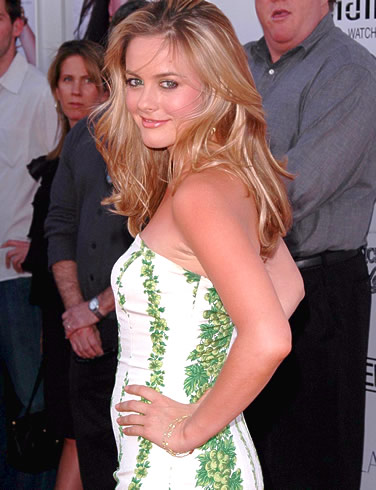 That quote would be from the awesomely weird interview with Wolves GM Jim Stack. Mr. Stack's full quote was as follows:

Kevin (McHale) is going to do a terrific job in coaching. He inspires people. He knows we need a style of play and an identity. We're positioned well. We've just got to get the existing team playing better.

That little gem was packaged in between this:

If I could trade places for a day with anyone, I'd harken back to biblical times. I'd like to be Jesus Christ. That might sound weird, but just to go through that period of what he had to deal with. Some people say he wasn't the son of God, that he was just one of the big prophets. I think it would be really neat to experience what he went through during his short life on Earth. It'd be pretty cool to be Einstein, too. To be that bright and have such an impact on society would be cool.

JC and Clueless.   The article ends with some pizzaz:

I want my epitaph to say, "Here lies Jim Stack, who tried to do the best he could with every situation he was given."

He certainly made the best of that interview.  Wolves fans know Jim Stack for being the quiet guy behind the scenes.  He made his entry into fan consciousness with a bang.  Interestingly enough, not many people know that JC is a big fan of up-tempo zombie ball.  Also, Stack's comments start to make sense when you remember that Al Jefferson said that Jesus himself couldn't coach this team to victory.  Maybe Jim has some sort of advanced scouting technique that can conquer space and time.

What can I possibly say about last night's game?  Well, without triggering too much deja vu, let me begin with the Four Factors:

Minnesota finally played a game with an awesome pace.  Up and down with lots of quick shots.  They once again won the battle on the glass, they performed well at the line, and made their way to a push in the battle of turnovers.  What did them in last night was terrible, no-good, awful shooting.  They got their eFG up above 45% in the 4th thanks to some late-breaking Shaddy action, but for most of the game they were flirting with sub-40% NBA Mendoza Line territory.  It's pretty simple at this point: they are an awful shooting club.  Against the Kings they shot 36-86 from the floor compared to Sacramento's 43-85.  Sacramento, the worst 3 point shooting team in the league, made 4 more 3s than the Wolves but it still didn't completely account for the 7 made-shot difference between the two clubs.

Pace, check.  Offensive rebounding, check.  Turnover parity, check.  Free throw neutrality, check.  It's not that the Wolves are playing 3 quarters of ball before getting beat in the 4th; it's that they are winning or tying 3 of the Four Factors while getting annihilated in shooting percentage.  We can debate the ways in which they are missing their shots (and we will in a later post), but this team is losing games right now because they are not a functional shooting ball club.  The. End.  Let's wrap this thing up with some bullet points:

Wow, I really don't know what else to write at this point.  Early on in the season there were a number of stats I could point to that showed the Wolves to be a better team than their record suggested.  Eventually, the losses piled up and overtook the moral statistical victories and the team straight up quit playing for Witt.  With less than 10 games into the McHale Era 2.0, it's hard to find anything to get really excited about.  They have some nice internals on OReb and TO, and they aren't getting blown off the court at the free throw line, but they are such an overpoweringly bad shooting team right now that nothing else matters.  They have the 2nd worst eFG in the league at 45.5%.  That is absurdly bad. Only OKC is worse.  The Wolves are accomplishing this task with a below average number of 3 point attempts; which means that they are missing 2 pointers at a surprising clip.  In fact, the Wolves have the league's 28th worst 2FG% at .355%.  That doesn't include inside shots but it gives you a sense of just how bad they are playing from mid-range.  Even their inside shooting leaves something to be desired.  The Wolves sport the league's 27th worst inside shooting percentage at .553%.  Q: What does this mean for a team with zero guard play and an interior #1 scorer?  A: disaster.  I'm not sure how you coach up shooting this bad.  Who do you turn to? The Wolves have only 3 players with above a 50% eFG.  At this point in the season, all opposing teams have to do to stop the Wolves is sit in a zone or collapse on Big Al.  It's ugly and getting uglier by the game.

PS: I avoided the Reggie Theus subject.  Please head over to our sister site Sactown Royalty for more on the Kings.