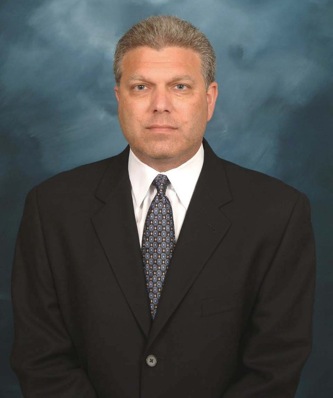 As we continue the discussion of new leadership in the Timberwolves' personnel management, I thought a couple profiles of potential candidates might be valuable. Bear in mind that it's tough for fans to have a good sense about other teams' executives; it's just not a common discussion nor are the inner workings made public very often. But Hoopus is out to change all that and first up is a suggestion that Chad Ford made yesterday: Indiana Pacers General Manager David Morway.

Before diving further into Morway's credentials, I want to clarify something about NBA execs and job responsibilities. On their own, titles like VP of Basketball Ops, General Manager and President aren't terribly useful for understanding an execs responsibilities. For example, Kevin Pritchard and David Morway both hold the title of General Manager, but Pritchard is the guy who calls the personnel shots in Portland, while Morway seems to have a more collaborative responsibility with Larry Bird. It's splitting hairs, but my real point is that title doesn't mean much. What's important are the responsibilities assigned each exec and the team's chain of command.

Morway’s been with the Pacers for over 10 years now. He was just recently promoted to GM, working under Bird. He has a Law degree and historically seems more involved with the contract/cap side of things. He has also worked for the San Diego Padres.

Morway's promotion to GM came after Donnie Walsh left the Pacers. Walsh was the Pacers' GM for 22 years and he's widely recognized as one of the best executives in NBA history. After he "retired" from Indiana, Walsh took the spot vacated by Isiah Thomas in New York and is doing an admirable job of keeping a competitive roster together while simultaneously preparing the team for Free Agent Bonanza 2010. So, having spent 10 years under Walsh's leadership is definitely a feather in Morway's cap. See Indy Cornrows for a look into the transition.

According to the Pacers' 05/06 Media Guide and press release announcing his promotion, Morway's responsibilities include overseeing the team’s salary cap and assisting Larry Bird with personnel decisions.

After assuming these added responsibilities this summer Morway wrote a great series of articles explaining the team's offseason moves. Here he talks about trading Jermaine O'Neal to the Raptors and the draft day deal with Portland (more on the Portland deal here).

While he's not going to open up the confidential files, the articles come across as a refreshing mix between explaining the strategy from bird's eye and close-up, and still covering the counter-arguments about trading a star. He was also involved with negotiating Danny Granger's extension, a move that appears to be worth every penny.

The reactions to his work this summer, a year of major transition for the Pacers, is generally very positive (but wouldn't you know it, I can't find a solid link other than Chad Ford's Draft Grade, it was an A). Even better, though, here's a history of the moves that the Pacers have made since Morway's responsibilities grew (except that the Tinsley move didn't actually happen). There's not a lot of history to judge on there, but I like what he's done so far. And no doubt he's had a hand in the personnel moves of the last 10 years, but it's tough to know what were his choices and what weren't.

Whether or not he'd be interested in leaving the Pacers is, of course, a complete unknown. On one hand he just got his new position and I would imagine he'd like to see it through. On the other hand, if he's dying to be the man in charge, he could come to the Timberwolves, assuming there's no Celtic Legends in the front office to deal with.