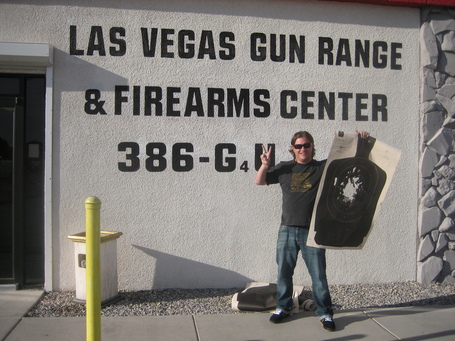 Last night's game against the Rockets is one of those games that can be viewed in two distinctly different ways.

The Wolves gave it their all against Houston.  After a tough early schedule in December, they had 2 days off before playing Yao and Tracy McGrady (not one-name worthy) at the Target Center.  McHale was able to have a few full practices, the players had plenty of prep time, and you could tell from the opening tip that the team was fresh.  Performance-wise, the Wolves posted 5 game highs (or more...I only went back 5) in FG% (.449), 3P% (.385), eFG (47.8), and OE (110.9).  The Wolves won the OReb and TO battles and they were only --2 on FTM.

Rashad McCants reportedly showed up at the arena 1 1/2 hours before the scheduled time and he played his best generic stat sheet game of the year, going 16/5/4 with 9 trips to the line.

Al Jefferson put up 34/13 with 3 blocked shots.  In the 1st quarter he had the team's play of the year with a beautiful bump move and dunk over the 7'6" Yao.

For his part, Kevin McHale fired all of his guns last night.  Only 6 players saw over 20 minutes of action even after Mike Miller went down with another right ankle injury.  It would be pretty hard to watch the game over again and say that McHale didn't put his best players forward (on this particular night) or that he didn't place his team in a relatively respectable position from which they could have won the game.

All of this being said, the Rockets were on the 2nd night of a home and away B2B.  They had an absurd 60.8% eFG, they didn't look like they exerted that big of an effort (relying heavily on the three ball--5 more than their season average--and coasting through large stretches of game action), and they still walked away with a victory.  Mark Madsen received more minutes than Kevin Love, the Wolves' starting 2 went down with an injury, Sebastian Telfair received a DNP-CD, and OBZs were blown off the court by a nonchalant Houston team in a stretch lasting from the start of the 2nd to about 4 minutes remaining in the 3rd.   During that middle chunk of the game, Shaddy posted a -18, with a 6/5 line in over 20 minutes of action.  So much for his stat line of the year.

In the end, the Wolves made it a close game with Randy Foye dusting off his 4th Quarter Foye marketing campaign by going 12/3 down the stretch to match Big Al's 14/6 final quarter effort.  Foye and Jefferson got within 3 after an 8-0 run but the Rockets were still able to put their foot down and walk away with the win.

Soooooo...here's the question: Is last night's game something to be excited about or is it just the latest in a string of troubling developments for everybody's favorite 4-win basketball team?  The Wolves gave it their all and kept it close yet they did so by not playing their prized rookie and with out-of-the-blue performances from Foye and McCants.  They were efficient on the offensive end (110.9 OE) and finally got their eFG over 45% but they allowed Houston to go 118.5 and 60.8 in the same metrics.   The Wolves busted their ass after 2 days off and the Rockets coasted through the 2nd night of a B2B on the road.  Is this an example the team can build on or is it even more damaged goods than what we have already seen throughout the year?

Personally, I think it represents something of a deal with the Devil for McHale.  I don't care how he's playing, you don't give Love fewer minutes than Madsen.  You don't give Bassy a DNP-CD (funny how Bassy gets the shaft when he wasn't one of McHale's picks).  You aren't going to get a consistent 4th quarter partner for Big Al.  You aren't always going to have a fresh team heading up against a relatively indifferent team on the back end of a B2B.  This team shot about as well as it can, rebounded about as well as it can, got to the line as well as it could vis-a-vis its opponent, and was effectively turnover neutral.  They still lost.  If ever there was a night where the stars were aligned for them to beat a team like the Rockets, it was last night.

Meanwhile, the ball team from across town beat down the #9 team in the country in a fantastically entertaining game filled with hustle and grit. They play in one of the best arenas in all of basketball and they have a coach who knows what the hell he is doing.  I may be a Wolves fan but I went to the U and had Gopher season tickets back in the days of David Grimm and Ariel McDonald.  Forget the 04 WCF, the best basketball season in Minnesota history was the Goph's run to the Final Four.

This state has a lot of basketball fans.  The product over off University avenue is quickly becoming the more attractive option even though it is college ball.

Finally, SBG has a nice post comparing this year's Wolves to last season's monstrosity.  It's a good read and you should go check it out.

UPDATE: I completely forgot to give a shout out to our SB Nation sister site, The Dream Shake.  Poor form on my part and you should go check them out.