This is who you are

Share All sharing options for: This is who you are 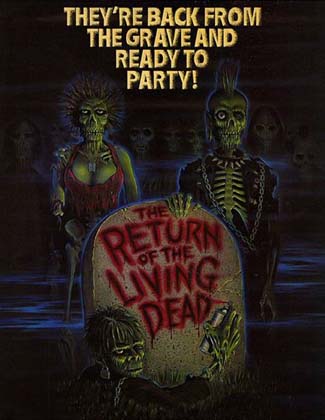 The running joke here at Hoopus is that Our Beloved Puppies are actually Our Beloved Zombies.  They are who they are and it isn't in their nature to be a defensively-minded squad that slogs their way through slow tempo games with lots of crawling 1/2 court sets.  They have one of the quickest and poorest shooting point guards in the league.  They have a bowling ball of a combo guard.  They have a combo forward who can hit mid-range jumpers and the occasional 3.  They have a certain 6'4" 6th man with one of the sweetest spot-up jumpers in the game.  They seem to thrive when then tempo is ratcheted up and chaos reigns supreme.  Even their best player seems to be more effective in this sort of setting, but we'll get to that later.

Last night at halftime, just after the Gimmie a Minute segment with Ron Howard, the Knicks broadcast team wondered out loud what was wrong with their club, and why they were losing to the lowly Zombies.  Was it defense?  A lack luster approach to the game?  Too much time off during the holidays?  Why was this 11-win team getting hammered by a squad that had not yet won in December?

Unfortunately for Al Trautwig and his crew, they weren't able to come to the obvious conclusion: the Knicks are every bit as bad as, if not worse than, OBZs.  They simply have a really, really good coach with a system that not only keeps their sub-par talent in a fair amount of games, but also should put smiles on the faces of the players' agents.  Injuries or not, there is no way on God's green earth that a team with a starting 5 of Nate Robinson, Chris Duhon, David Lee, Wilson Chandler, and Al Harrington has more talent than the previously 0-for-December Zombies.

Like OBZs, the Knicks have a roster filled with below-average players.  They have only 3 guys with above-average PER.  They don't seem all that interested in playing defense.  They take a lot of 3s but they don't even have a single player who shoots above 40% from beyond the arc.  Were Hoopus to have more access to the squad we could probably make a determination that the Knicks have a superior culture thanks to their excellent coach and GM, but with the way Starbury has been/is being handled, I'm not so sure that would turn out to be a winning assumption.

Getting back to the game, the Wolves are now shooting 50.1% from the field in their wins and 41.5% in their losses.  This isn't that far removed from the Knicks' 49.3% in their wins and 40.1% in their losses.  The main difference between these two teams is that one franchise understands that volume is its friend and the other does not.  Right now that's the primary difference between 5 and 11 wins.  Shoot, shoot, shoot.  3, 3, 3.  Drive, drive, drive, and play as much situational defense as you can along the way.

OBZs are now 5-0 in games where they shoot over 47% from the floor.  I'll say it until I'm blue in the face: volume is their friend.

Last night's game also showed what up-tempo can do for a set of guards with some fairly obvious weaknesses.  It turns them into functional NBA players.  At the 1/2 the Wolves had a pace of 104, an eFG of 57.5%, a FT/FG of 42.5, a TOr of 15.4, and an ORebr of 10.5.  While we have been singling out ORebr as the lone bright spot of this club, perhaps it's time to take yet another lesson from the D'Antoni Knicks and send more men back in transition once a shot goes up early in the possession.  The Knicks are 28th in the league in OReb%.  They also collect the 8th most defensive rebounds in the league.  If there was a complaint about last night's game, it was that the Wolves allowed the Knicks to crash the offensive boards to the tune of 18 Orebs.  The Wolves had 4.  That, by itself, is not a problem (even if the shots are not falling) as long as they pull a Knicks (or a Spurs) and collect as many defensive rebounds as possible. OBZs currently collect the 24th fewest defensive rebounds in the league.  If they are going to play zombie ball, they need to address this problem immediately.

Getting back to the guard play, last night at the 1/2 the Zombies had 3 functional guards on the court.  Bassy played to the hometown crowd by going for 6 and 5, Randy Foye had 15 and 2, and Shaddy came off the bench to do what he does best: catch and shoot, getting 11 points on 3-4 from beyond the arc. Gentlemen, this is who you are.  Bassy, you drive and kick or get to the line.  Foye, you be a bowling ball to the rim and spot up for as many 3s as possible.  Shaddy, you camp out beyond the arc and put that sweet stroke to good use.  I'm not sure why it took so long for a game to play out like this, but perhaps it was simply a matter of the Zombies looking in the New York Knickerbocker mirror and realizing that while they may not be the prettiest team in the league, they sure aren't 4-win ugly.

This sort of guard play also has tremendous benefits for the head zombie, Big Al Jefferson.   Ever since his big dunk against Yao Ming Al has begun to realize that he needs to add a little more brute to his low post dipsy-doo. Al may have access to all sorts of nifty finesse moves, but he is also a destroyer of men in the paint.  Once it became obvious that Minny was fielding a squad with 3 guards who were doing what they were meant to do (and doing it well), Al was able to go full-on brute in the 3rd quarter, with 9 points, 5 boards, 2 assists, and a +13.  To use a football analogy, Al is your late-game bruiser running back.  He's the guy you give the ball to after the other team is stretched out and tired of running after an effective 3 guard rotation.  Now that, my friends, is a kick ass offense.  On a quick side note to all of our Vikings fans in the audience, don't you feel much better knowing that the Williams Wall simply cheated for money rather than cheating for additional muscle mass?  Is steroid use one of the 7 Deadly Sins?  I'm pretty sure greed is.  Anywho...

I'd like to point out two specific plays that I believe speak well to the future of this club if they prove to be the beginning of a trend rather than a collection of outliers, and they both involve Mr. Telfair.  Early on in the 4th, Bassy received the ball beyond the arc with an open look at a 3.  He lined up his shot and instead of pulling the trigger he waited for his defender to move towards him before turning on the jets, getting into the lane, and kicking it out to a wide open Shaddy for a beautiful 3 point shot.  With about 2:20 to go in the quarter he received the ball in a similar situation; instead of taking the shot, he waited for the defender to move his balance towards the perimeter before making a herky-jerky drive to the rim for a layup.  While I'm not sure that Bassy will ever develop a mid-range game to go with the game of the name I'm about to drop, these two moves were taken directly out of the Tony Parker Play Book for Point Guards Who Can't Shoot 3s Well.  Bassy ended the game with a single 3 point attempt.  He had 8 assists and 13 trips to the line.  Bassy, this is who you are.  No floaters, no threes, no mid-range jumpers.  Get to the rim or kick it out.  If he could only learn to use the baseline a bit more, we'd be on to something.  (BTW: Bassy also had a beautiful wrap-around no-look pass in the 4th that eclipsed Al's dunk over Yao and Miller's game winner against the Thunder as the Zombie play of the year.)

Wrapping this thing up, during the game we learned that Nate Robinson will once again be in the NBA All Star Dunk Contest.  Really?  Have we all forgotten about all the misses during his last go around?  I get that he's really short and can jump out of the gym, but come on.  The guy is also one of those players who really makes me dream of the days where enforcers once roamed the NBA paint.  Last night he put a hard foul on Rodney Carney (who had a nice game BTW) and he then stared down Carney.  I don't know about you, but were I coaching the Zombies this would be the point in the game where I call Brian Cardinal's name and tell him that the little guy doesn't enter the lane without an elbow to the chest for the rest of the game.  It's not about being dirty; it's about restoring the balance of nature, or, as Ian MacKaye would say, small man, big mouth.  Last night the small man with a big mouth tried to make a Knicks v. Wolves game a Robinson v. Bassy contest and his team lost.  That tells you all you need to know about Nate Robinson.  I'll let Ian end the post:

Compete, compete, do it for the boys
Empty barrels make the most noise
You're always on the move
You've always got something to prove
What the (censored) are you fighting for?
Is it because you're five foot four?
You better be happy with what you've got
You'll never get any more
You laugh at a man when he tries
You're trying to make up for your size
To you life is a rivalry
Keep a step ahead of me
SMALL MAN, BIG MOUTH

Knicks fans should be ticked that their point guard wasn't about the team last night.

BTW: Take a look at the Four Factors from last night's game.  We may not see something like this again for quite a while:

Congrats to the team for getting the December monkey off its back and let's see more like this please. 25 threes/game, a pace above 95, 25+ FTAs, and as few 3s from Bassy as possible.  If you do this, it's almost enough to make me forget that Kevin Love played 8 minutes.  I'll save that for another post.

PS: Why would LeBron want to play for the Knicks in 2010?

PPS: Thanks to Tony O for keeping the game thread going last night.