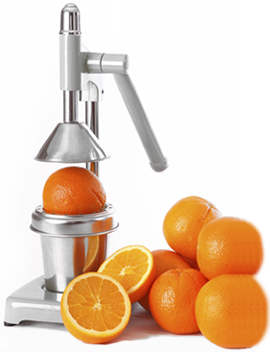 Before we get around to last night's game, let's get a few Love/Mayo things out of the way.  First, count me in as one of the few people in town who still believes that the draft night trade with Memphis was a good deal for the Wolves.  It certainly isn't the highway robbery I once labeled it as, but it still places the Wolves in a far better position to win than does the alternative; a view that is not often walked all the way through when pondering the differences between apples (Kevin Love) and oranges (you-know-who).

Were O.J. Mayo donning a single shade of blue up here in the frozen tundra the Wolves would still have Antoine Walker, Greg Buckner, and the 09/10/11 free agent kililng contract of Marko Jaric.  A lot is made of the 2010 free agent season but the fun really begins in this off-season as teams position themselves for open space under the cap.  I encourage all of our readers to check out this 2010 primer as well as our very own salary page to see just how well this trade has positioned the Wolves for the 09/10 and 10/11 off-seasons.  One of the most common arguments against the free agent aspect of the Love/Mayo trade is this: "No one will want to come up to Minnesota in free agency."  This ignores the practical aspect of teams actually being able to come in far enough under the cap to be real players in the highly-anticipated market.  It's not just that there will be teams doing whatever they can to land LeBron; it's that there will be teams doing whatever they can to try to clear space in order to land LeBron.  The potential for sign-and-trades or flat-out max deals is really there for the Wolves.  Jesus Jim Stack has referred to this practical reality a number of times.  The bottom line for fans is that the Wolves are one of the few teams in the league that does not need to make drastic moves in order to be players in the 09/10 free-for-all.  From teams that would like to be active (Charlotte) to those that are headed in the wrong direction (Toronto, Washington) to those that may be dramatically different a year from now (Utah), there are no shortage of options for the Wolves, and their freedom of flexibility rests largely on the outcome of the Love/Mayo trade.

Secondly, too much emphasis is put on Mayo the scorer instead of Mayo the player.  The season isn't even 30 games old and we're dealing with 2 players a year removed from high school.  Mayo is having a fantastic rookie campaign as a scorer.  If, at the end of the year, Love is averaging near 25 mpg with close to a double-double, and a rebound rate comparable to what he has now, that will be no less a feat; especialy if Memphis and Minny end the season with similar records.  Love is going to be a player.  Eventually, he'll figure out how to put home the OReb bunnies and the Wolves will actually run some plays for him.   The bottom line here is that elite rebounders are just as rare as elite scorers and, at this point in their careers, both players still have a lot of work to do to round out their games.

Finally, while Mayo and Love may have swapped places, the real comparison for Wolves fans should be Mayo and Foye.  You can add this to Randy's list of comparable players.  The reason why the Wolves thought they could make this trade work was because Foye was supposed to be a functional guard.  He's certainly playing better of late but it's already looking like he may never become the player that Mayo already is and that's the rub with the Mayo deal.  The fear of McFoyo was completely unfounded even if the Wolves didn't want to take three 6'4" combo guards in their last four drafts.  Accountability-wise, McFoyo is another area where yours truly blew it with Mr. Mayo.  He is a better player than both Rashad McCants and Foye--his true peers in this deal and the players by which such a trade was made possible.

Getting around to last night's game, it's not a contest the team should want to emulate.  1-15 from 3, 37 FTAs, and 8 point quarters aren't numbers you are going to see on a nightly basis.  It was ugly, but it wasn't zombie ugly.

The Wolves won last night for a fairly simple reason: The Griz have no one to stop Al Jefferson.  Nobody.  They also can't rebound when it matters.  They were out-boarded 29-17 in the 2nd half and overtime with only 5 Oreb compared to the Wolves' 9.  Rebounding matters, especially getting and limiting Orebs.  Last night the Griz collected .208 of their misses.  The Wolves grabbed .275.  I'm not assigning this victory to Love, but simply making a point; 3 offensive rebounds throughout a 90 possession game are worth a hell of a lot in a close game.

Let's end this with some bullet points:

That about does it for now.  Here's hoping for another good effort against Dallas tonight.