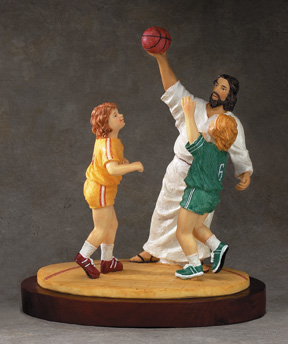 Ball Don't Lie beat me to the punch line, but the Wolves have a new head coach and no, it is not Basketball Jesus.  What it is, is the kiss of death:

"Kevin has assembled the players on this team, and believes in their talent and skill level," Taylor said. "It is my expectation that Kevin will be able to get the most out of our team and our players in his new role as head coach. He has been involved in the NBA game for almost 30 years, is a tremendous teacher and has a wealth of basketball knowledge. I am confident that our players will respond to the new voice and perspective that Kevin will provide."

This site has said on numerous occasions that the coaching of Our Beloved Puppies Zombies was not the main problem with this squad.  It never has been.  It was the 1999 draft, the overpaid free agents, Wally's contract, the Marko Jaric trade, we-have-to-have Marcus Banks, Spree and Sam morphing into Ricky Davis and Mike James, Davis and James turning into Randy Foye and a point to be named later, McCants over Granger, Foye over Roy, Brewer over Young, and, in certain circles, Mayo over Love (to name a few).  Kevin McHale has run this franchise into the ground with a never-ending string of not only bad decisions, but of maximized disaster: choices that continually work out in the worst possible fashion for the team he was charged with running.

With the decision to place the Iron Ranger at the end of the bench (a decision that has been advocated for numerous times here at Hoopus), and to relieve him of his front office duties, a McHale exit strategy has been laid in place and the team can start to position itself to clear the biggest hurdle in its rebuilding effort: the continued employment of one Kevin McHale.

This decision has its genesis in the Iron Ranger's ridiculous assertion that his assembly of talent had enough juice to be a .500 team this season. Here's a gem of a McHale quote to remember from that particular moment in time:

Here's his chance.  With 63 games left in the regular season he now gets to run the asylum as the head coach of the motley crew of mismatched personnel that he himself helped put together.  Will he, as Papa Glen says, get the most out of his team to the tune of .500 ball over the remaining schedule?  You, I, Papa Glen, Crunch, and the drummer guy outside of Target Center all know the answer to this question: no, of course not.

After 13 years of gambling away the good will of his selection of Kevin Garnett, Kevin McHale has now been put out to pasture on his own personal walk of shame.  The party is over, the music long since turned down, and he gets to walk his way back to the north woods in full view of an all-too-ready-to-laugh fan base.

The Iron Ranger will now get to call the shots for a team with no point, a 6th man masquerading as a starting off-guard, an over-the-hill big at center, a 35 year old journeyman at the 1, a 3 point specialist who doesn't shoot, and a defensively inept #1 scoring option.

In other words, while we may see a bit of a dead cat bounce at the bottom, we're still looking at a club that may not have enough to get back into the swing of things anytime soon.

Getting around to the man who was let go, I have said before that I liked Witt.  He was the only person in the Country Club to have the good sense to scoff at the Iron Ranger's 42-40 prediction.  In his appearances on the Chad Hartman program, he exhibited a dry wit, and judging by some of his players' comments  after them being unable to master the 2-3 zone attack, he was more than likely playing with an un-winnable hand.

We here at Hoopus made quite a fuss about his rotations and his unwillingness to play some of the young talent on the squad but we didn't mention enough that Witt was simply coaching to achieve an unachievable goal: .500 ball.  One of the things that came up over and over again here in the comments section (and on numerous Wolves bulletin boards) was that it seemed like Witt was coaching for short-term victories rather than player development.  Well, when your VP of Basketball Operations lays out a 42-win goal, what else would you have him do?

It's never a good thing to see someone fired and we'll have a run-down on Witt's tenure as coach in a later post, but the main talking point going forward is that McHale is finally getting his just desserts.

Speaking of which, from a public affairs perspective, I am a bit baffled by the decision to put McHale at the end of the bench.  In times of great buffoonery and crisis, Public Relations 101 dictates that you immediately nip the problem in the bud and move on so that your customers are not continually reminded of the problems that led to the current unfortunate situation.  At the last home game against the Clips, McHale was the target of some pretty vociferous heckling. Do they think this will change?  Exactly how do the Wolves think McHale's press conferences will go after the inevitable load of losses?  Do they think the local press corps will want to talk about 4th quarter collapses or will it be a series of non-stop daily reminders that McHale is being tasked with marshaling the piddly resources he managed to collect over his tenure in the front office?

There are still far many more questions than answers with this squad and one of the big things that will go unsaid during the current change is that while they may have jettisoned McHale on an unachievable mission, they are still stuck in limbo.  Will they stay the course with the current front office (who are just as culpable as McHale in the current composition of the club)?  Will they bring in a permanent coach by the end of the year?  If they need to make a big deal with assets like Mike Miller, Collins' expiring deal, and, yes, even Al Jefferson, how can they pull off what needs to be done without a long-term front office/coaching solution in place?

This current change is fairly analogous to Witt's coaching approach this season.  While it ostensibly gives the team a McHale exit strategy, it is nothing more than a short-term solution to a series of long-term fatal flaws that this franchise seems to have in spades.  How do you blow up a ship with the majority of the crew still in place?  How do you coach for .500 when you don't have the resources?  For us fans, how do you avoid apathy when what is about to unfold will undoubtedly be more of the same?

Remember, the Minnesota Swarm kick off their season on January 3rd.  Seeing that McHale is still a part of the franchise, we are now your SB Nation leader in Minnesota Swarm news and information.

UPDATE: Hoopus has just received an exclusive photograph of McHale at the exact moment he received the news that he would be the new Wolves coach: 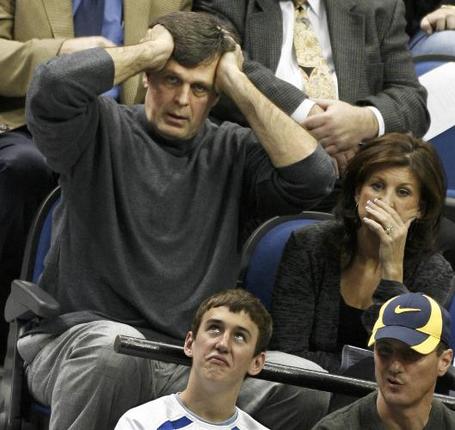