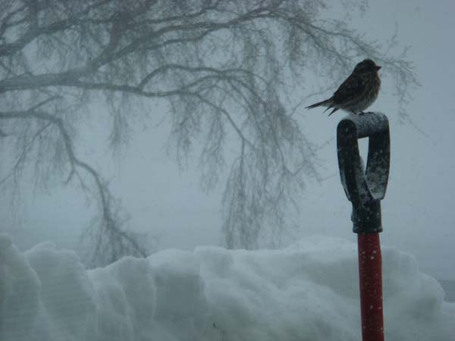 The Wolves are in warm, warm Phoenix tonight. Their fans are hunkered down in -20 temps back here in the Midwest. Hooray for Minnesota!!!

Not only did Wyn take part in the inaugural podcast earlier this afternoon but I took part in a Q&A with Ben from Ben's Suns Blog. He was kind enough to return the favor:

Q: What is the direction of the Suns?
Fantastic question. I'll do my best to answer as accurately as possible.
Who the hell knows.
In all seriousness, I think the direction the Suns are heading in is evolving monthly/weekly/daily. In the off-season, it was clear that Suns GM Steve Kerr and owner Robert Sarver wanted the Suns to be more disciplined, have a greater focus on the defensive end, have a deeper bench, and find Nash a point guard.
Essentially, they've done all those things; however, the outcome/result isn't necessarily as favorable in each area as we would've liked. Terry Porter has brought a much more disciplined approach to Phoenix and we are beginning to see the benefits with the Suns playing extremely well as of late. There has been no baby-ing of players by any means this year. I've seen Porter rip into Amare and bench him when he isn't playing well. In terms of their defense, they got off to an extremely slow start. However, they are beginning to fill in the gaps on defense, getting better at weak-side help, and their rotations are much more effective. The Suns bench has solidified with Leandro Barbosa, Matt Barnes, Louis Amundson, Jared Dudley, and from time to time Robin Lopez - much better players on the bench than we've had at any point in the Nash era. We also have attempted to find Nash a back-up in drafting Slovenian Goran Dragic. However, Dragic has taken a little longer to develop than we had originally thought.
The surprise this season has been the underproductiveness (is that word?) of Amare Stoudemire. Based on the way he finished last year, Suns fans pegged him to have an MVP type year this season. He certainly started that way, scoring 49 in the Pacers game and having one of the best games I've ever seen a NBA player play. However, I think his decline correlates with Shaq's production. The more Shaq produces, the less need the Suns have for Amare to be dominant.

Amare has, at times, turned into a complimentary player to Shaq and Nash this year - much different than I expected. However, I don't think we'd be having this discussion if Amare made more of an effort on the defensive end and rebounding. Plenty of players have had to sacrifice their play for the betterment of the team (see Grant Hill) - but I'm not sure Amare is ready to do that based on his comments to the media etc. I do give him credit that he is putting more of an emphasis on rebounding and defending than recent years. To be fair, I think it will just take time for Amare to find his niche in this newer/evolved offense. It's clear that he isn't the focal point we thought he'd be, but we do need his energy and determination to go anywhere in the playoffs.
Along with the play of Shaq, the most exciting surprise this year has been the acquisition of Jason Richardson. With J-Rich, the Suns immediately became younger and more athletic at the 2 guard causing other teams to game plan for that position; whereas they certainly didn't have to with Raja. Boris had been a thorn in the Suns side for quite some time and Suns fans were sick of waiting for him to fulfill his potential. Richardson gave us a Joe Johnson-type player that we haven't had since 2004-2005 who can create his own shot and run the floor. Raja and Boris, as it was widely reported, were a cancer in the locker room so having two great guys in Richardson and Dudley immediately jump started the Suns into having fun and smiling again.
In my opinion, Shaq has truly been the MVP of the Suns this year. In fact, when he scores 15 or more points the Suns are an amazing 21-3. Part of this has to do with the Suns also making a conscious effort to rest Shaq more in that he isn't usually playing two games in a row.

So, in my rambling, I think the Suns direction largely centers around the production of Shaq and the creation of Nash and Porter. Yes - it's evolving, but we are slowly becoming a force in the West. If nothing else, we are much better positioned to make a serious run than in recent years with our balance.

Stay warm and enjoy the game. Be sure to check out Ben's blog as well as our SB Nation sister site Bright Side of the Sun for the Phoenix take on the tilt.