Share All sharing options for: Game Thread: MLK Day vs the Clips 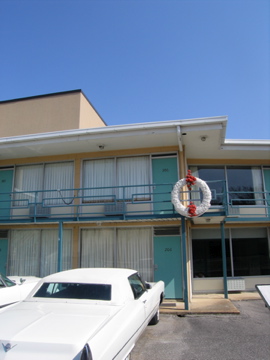 Dr. King's day is not only a time to pause and ponder the existence of injustice in the world (and what you can do to help fight it). It is also one of the best NBA days of the year, with games from noon 'till night. This year the Wolves have drawn the Clippers.

LA is coming off its first win in 4 weeks (Wolves fans can empathize) and pretty much everyone on their team is hurt. Riff Raff Chris Kaman, Baron Davis, Zach Randolph, Mike Taylor, and probably Jason Hart and Marcus Camby all could miss the game win injuries. If that's the case, LA is going to roll 9-deep with their top 3 front court players out of action. In equally bad news for the Clips, Ricky Davis is ready to play after being out with an injury. A year removed from being part of a self-proclaimed "Miami Big Three" Mr. Davis is posting a 2.2 PER while averaging 8.6 points per 36 minutes. Wolves fans, no matter what happens today, the rebuilding effort can point to one success by its transformation of a certain worthless shooting guard into a 1st round pick. It almost makes up for the Marko deal....well, not quite. (Actually, it would be pretty interesting if the Wolves finish within 3-4 spots of the Heat while giving their pick to the Clips and receiving one from the Heat.)

With Utah on the horizon on the back end of a B2B this is as must-win of a game the Wolves will see all season. Their opponent is hurt and possibly even more undersized than they are. The Clips feature the league's worst ranked offense and the Wolves' offense is performing at an upper level over the past 10 games (over 114 points/100 possessions). If you can believe it, the Clips are one of the two teams in the NBA that has a lower FG% than the Wolves over the course of the season. They also sport the league's worst eFG%. This is a team the Wolves should beat. This is a team they should clobber. It's a short-handed squad that misses a ton of shots playing without their best rebounders. That being said, the Wolves cannot sleep on this game. They need a solid effort and they absolutely need to walk away with a victory because tomorrow's game in Utah will be one of the toughest contests of the year.

In other news, it's now time for our "give Kevin Love a good nickname" poll. K-Love and Kevlar just aren't going to cut it for the rookie big man. Below are a few names that have been suggested by our readers. We'll take the top three finalists in this poll and run them off against each other in a future game thread. If you have a name that you think is deserving of consideration but isn't included, let me know in the comments section and as the co-benevolent dictator of this site I might decide to add it into the mix with a special election. With no further delay (oh, and enjoy the game)....

PS: For a Clippers perspective on today's festivities, please head on over to fellow SB Nation site Clips Nation. Also, since today is MLK Jr day, your assignment is to read Dr. King's Letter from a Birmingham Jail. Tomorrow we will read the dream speech together before cracking open a bottle of champagne for President Elect Obama.

What should Kevin Love's nickname be?