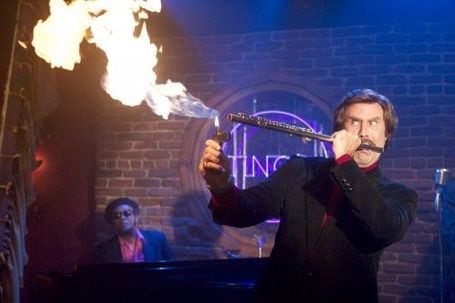 Tonight the Wolves begin a tough stretch of games that will test the progress they seem to have made in 2009. Their opponents for the rest of January have a combined .580 winning percentage. Not an invincible group of foes, but certainly more challenging than the last six games (combined .380, including the Wolves' wins).

The good news is that the only two road games in this stretch are tonight against Utah and Monday in Chicago. Otherwise we're hosting the Hornets, Bucks, Pistons and Lakers.

While we'll be cheering for a win every game, contests against the Bucks and Bulls are the ones I'm really eyeing. It'd be great to see the Wolves continue climbing the league standings, the more immediate concern is whether they can maintain their level of play against teams in their rung of the league. Victories against our fellow Midwesterners would prove that the Wolves' recent success is more than a flash, and that's more important to me right now than splitting a pair of Miami/Phoenix games.

All that said, the Jazz are a team in the upper echelon in the league and a W tonight would ratchet up the Wolves' confidence one more notch.

The Jazz will again be without Carlos Boozer tonight, but Paul Millsap's play has diminished the need for Utah to re-sign Boozer this summer (he's already said he'll opt out).