The Importance of Possessions

Share All sharing options for: The Importance of Possessions 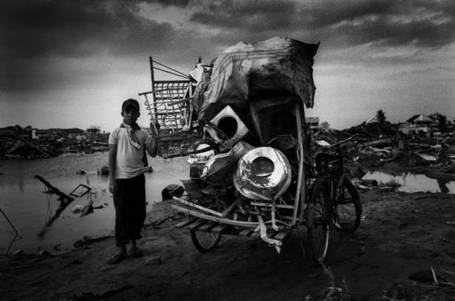 One of the ongoing debates here on the site has been the relative worth of Kevin Love vis-a-vis O.J. Mayo.  I've wrestled a bit with this myself; first calling the deal "highway robbery" before simply declaring it a win for the Wolves.

Earlier this year, when Mayo was averaging over 20 ppg while his Griz doubled up the Wolves' win total, it was pretty easy to take a fantasy ball glance at the box score and come away with the conclusion that Mayo is Brandon Roy 2.0 to Love's latter day Randy Foye.  The problem with this is that it has never really been the case.  Let me explain.

On the flip side of the possession coin is the fact that there are many, many ways in which a possession can be unfavorably ended: missed shots + defensive rebounds, turnovers, and fouls.

One of the most baffling things that is frequently mentioned in casual conversation about basketball is the concept of high leverage possessions (end of quarter, half, and game; close situations) being "worth" more than any other non high leverage possession during the game.  Mentally, there is something to be said about the ability of a player to rise to the task when the going gets tough, but as far as the scoreboard is concerned, all possessions are equal and there are many ways in which a player can be effective above and beyond putting the ball in the bucket.  Which brings us to possession-based stats, the Wolves, and the Griz:

Now let's imagine a 100 possession game for the Wolves against a generic opponent.  The Wolves score 105 points, give up 109, shoot the ball 3.8% poorer than their opponents, collect 3.6% more of their misses than their opponents, and are relatively FT and TO neutral.  Breaking this down even further, the Wolves get roughly 23 points from the line and 82 from the floor during a 100 possession game. If you are having trouble conceptualizing 100 possessions in terms of an honest-to-Pete game, just think of it in terms of a basketball batting average.  The Wolves average 19 FTM and 36.6 FGM per game.  However, each game has a different number of possessions so it is necessary to talk about performance in terms of percentage rather than net numbers.

Let's take a quick step out of our generic game for a moment and head into another generic scenario.  Throwing out any other stats, if a team is scoring 82 points from the floor during a 100 possession game this means that with an eFG of .471 they are making roughly 41 shots and missing roughly 44.  Again, setting aside anything else, this falls in line for a team that gives up roughly 15 turnovers per 100 possessions.  It's not perfect and I'm admittedly leaving out a few details but this is pretty much how the Wolves perform over a period of 100 possessions.

In order for our generic Wolves to win and improve, what do they need to do?  The generic talk radio take is that they need to improve defensively, especially down the stretch.  While this is certainly partially true, it doesn't tell the whole story.  Again, I can not say it enough: all possessions are equal and the sort of end-of-game/situation defense that you can hear being talked about up and down the dial is largely a mental creation.  Its importance is given greater weight because of the tension and leverage associated with close games, ends of quarters, and so on and so forth.  Emotion removed, a possession is a possession is a possession.  And no, I've played enough organized ball to know you can't remove emotion and I'm not arguing that there isn't something to be said about high leverage possessions being different than "regular" ones; it's just that their value isn't something that can be easily quantified; it's hustle, grit, and player disposition.

At the most fundamental level, the Wolves' recent winning ways can be attributed to a substantial increase in offensive efficiency.  The Wolves can continue to win and improve by increasing their generic 100-possession eFG to somewhere between 49-50% (which would put them between 16th and 11th in the league) .  If they continued to take around 85 shots/game (again, this is very generic and meant only for illustrative purposes), this would mean that instead of making 41 shots per 100 possessions, they make roughly 42-43 shots per 100 possessions (I'm folding in 3pa with eFG) and their points/100 possessions would go up between 2-4 points/100 possessions...which is a pretty big deal and has been reflected in their recent 10 game stretch.

Another benefit of shooting better from the field is that the Wovles are an upper-level offensive rebounding squad.  The Wolves grab 28.6% of available misses, which is good for 6th in the league.  If they increase their makes, and if they are able to maintain their rebound rates, they increase their percentage of favorably extended, and hopefully ended, possessions.  Keep in mind that the Wolves are still one of the poorer shooting teams in the league.  Keep in mind that nearly 1/2 of their games were played at Wittman's pace.  Keep in mind that they only recently took Foye off the ball.  Keep in mind that Kevin Love is still learning how to adjust to NBA defenses.  Keep in mind that Mike Miller is in a massive rut.  Keep in mind that this team doesn't have a play maker that can shoot the ball.  Keep in mind that this team doesn't have a starting-level small forward.  While improved situational, transitional and help defense would no doubt further increase their effectiveness, this particular group of small-ball, offensively-minded players still has a world of room to improve on the offensive end of the court and a lot of it has to do with better shooting, offensive rebounding, and better play making to spread out the floor.  If the Wolves can extend their offensive efficiency throughout the rest of the year, and if they can add an offensively efficient point and SF, they can put an enormous amount of pressure on opposing teams by maintaining an upper-level number of points/100 possessions.

Getting around to the original intent of this post (and being as straight forward as possible), Kevin Love does more to help his team by way of favorably ended/extended possessions than O.J. Mayo does for his and it's really not even close.

Moving on to player rates, Kevin Love is destroying Mayo on the glass while remaining close on assists and turnovers.  Love is grabbing a mind-bending 16.5% of his team's misses when he is on the court.  This leads the league.  At 22 mpg, he has the league's 5th most net offensive rebounds.  Not only does Love clean up the offensive glass (favorable possession extension) but he himself limits opponents from collecting an amazing 26.6% of their misses.  Not only is that absurd, but it makes up for a lot on the defensive end of the court.  The very best offensive players in the league carry an eFG of around 60%.  This means that 40% of their shots are available for rebounding.  Kevin Love is not that small and not that unathletic where he can't provide a modest amount of defense even on the best players in the league.  If he by himself rebounds roughly a quarter of the other team's misses, even if an opponent goes 6/10 against him from the floor, he lowers the possibility of further damage more than a better defending but poorer rebounding hypothetical replacement.  Ideally you'd have the best of both worlds, but with the improvement that Love has shown on the defensive end of the court already, his rebounding will be even more of an asset as he learns how to play better defense.

Plugging this thing back into our generic 100 possession game, with each players' percentage of team possessions, they break down as follows Love/Mayo:

Kevin Love presents the Wolves with a few challenges.  He started off the season shooting like garbage and he, along with Al Jefferson, make up what can only be described as an undersized and defensively-challenged front court.  These challenges are reflected in the team stats as a whole; the Wolves are a poor shooting team that gives up a fairly decent number of points.  However, Love counter balances these unfavorable possession enders (giving up points, missing shots) with upper level rebound rates and possession-based stats that not only out-perform Mayo as a percentage, but compare quite well when stretched out over 100 possessions and plugged into team possession percentages.  More philosophically, which player helps/hurts their team's best player from the prior season: Kevin Love and Big Al or Mayo and Rudy Gay?

Let's imagine that both Love and Mayo play 36 mpg:

Again, basketball is all about ending more possessions favorably than does your opponent.  How much are +5.2 points/36 minutes worth?  How much are +11 points/game worth?  Are they worth more than Love's +14.1% ORR? Are they worth more than #42's +15.1% DRR? Take a look at Memphis' eFG.  What type of player do you think has more value on a poor shooting club with a bad front court: a guy with an eFG of 50% or a guy who collects a league leading percentage of offensive rebounds?  Are +5.2 points/36 minutes worth more than superior pts, asts, and fta/possession stats?  What can O.J. Mayo do to offset his declining eFG%? His declining 3p%?  Is he generating more steals? Less turnovers? More free throws?  Is he ripping rebounds away from Shaquille O'Neal and Dwight Howard and tapping loose balls to teammates?  What else does he do to favorably end/extend possessions besides shooting the ball (with a rapidly decreasing percentage; check out his splits over his last 5/10)?

I'm playing a bit of a sleight of hand here. This trade was never about Mayo v. Love.  The Wolves needed a front court player and if Love's worth is to be compared to anyone, it is Brook Lopez.  Not only are both players big men, but New Jersey had the resources to make an attractive deal with the Wolves.  Nope, the trade was made because the Wolves were supposed to already have a slightly undersized combo guard capable of starting at one of the guard positions while pulling down at least reserve numbers at the point.  What was this whole post about?  Two things: first, I wanted to give an example of the importance of looking at basketball in terms of possessions.  Second...well, take a look:

I am fairly certain that Kevin Love will always be as good of if not a better player than O.J. Mayo.  That's gravy from the get-go.  Add in Mike Miller, expiring contracts, and a servicable Brian Cardinal and the trade looks even better (although it would look really good if Miller could hit the broad side of a barn or if he were moved for expiring contracts).  What really will push the Love/Mayo deal over the top is if Randy Foye is as good or better than O.J. Mayo.  This becomes even more of an important point if Mike Conley doesn't pan out or is traded (he shouldn't be).  I'll ask it again: how well does Mayo play with the Griz's past two draft picks compared to how Love plays with Jefferson and Foye? In their 1st years, Love and Mayo are effectively replacement players.  Love will eventually replace Ryan Gomes and Craig Smith as the Wolves' starting 4. Mayo has replaced Mike Conley as the Griz's lead guard.  Forget stats, the Griz made the wrong move in terms of relative value for wins produced, salary, draft picks, improvement over replaced player, and roster space.  They brought in a guy who has given them nearly 20 ppg but who does little else while not being able to play nice with Conley and Gay.