Share All sharing options for: Miller Miserable in Minny? 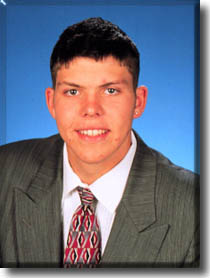 Chad Ford's run down of wing players most likely to be moved before the trade deadline predictably included Mike Miller (Rashad McCants also makes a minor appearance). But the italicized part here really struck me as very odd:

Mike Miller, Wolves
At first glance, getting Miller as part of the Kevin Love trade this past summer looked like a coup for the Wolves. However, Miller hasn't fit in and reportedly has been miserable in Minnesota. While the Wolves publicly say there's nothing to the Miller trade rumors, a number of GMs around the league disagree.

Miller's shooting ability and reasonable contract make him one of the most attractive trade candidates out there.

I'd be curious to hear where Ford's getting that from. There are plenty of arguments for and against trading Miller (especially here at Hoopus), but I've never heard one bit of discord from Miller, Kevin McHale or any of his teammates. In fact, it's been quite the opposite, with McHale saying Miller's not on the block (regardless of whether or not he's over-reaching his current duties). Not to mention Minneapolis' proximity to Miller's family and hometown in South Dakota.

Anyone know something the rest of us don't?