What type of barometer?

Share All sharing options for: What type of barometer? 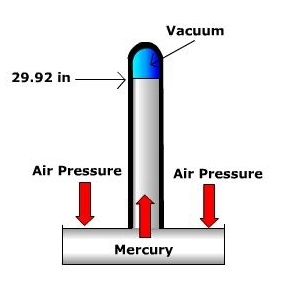 Let me go right away to something I wrote in the game thread:

I'm not really sure a win will be an indicator of success tonight; if the Wolves can keep it close with a pace near 93, an OE of 110 or above, ft/fg neutrality, and an OReb% above 30, it would be a tremendous development, as they will have taken McHale ball up against the best in the league without sacrificing key indicators of what has brought them success thus far in the new year.  Sometimes other teams are simply better than the good guys.

Was that what happened last night? The numbers match:

Despite the final score, the Wolves did some good things in this game.  They scored on the best team in the league without shooting the ball well.  They collected 32% of their misses.  They had the lower TOr.  They had a fantastic OE number.  McHale ball, on offense, was not deterred last night and, if anything, there are a few reasons to believe it could have been improved upon.  Despite my affection for his overall game, class, and character, Ryan Gomes is not a starting forward.  Despite him being my favorite player on the squad, Sebastian Telfair needs help at the point.  Despite him being...well, I have no nice words to dress up what I think about Craig Smith being in the starting lineup.

From the perspective of looking through the glass-half-full glasses, the Wolves kept things close for 3 quarters against the best team in basketball with 2-3 borderline starters, 44% shooting, and a roster full of at or below replacement value players.  Getting along to the larger question at hand, was last night's tilt simply a matter of a massive talent gap or was it a direct indictment of small ball and all it stands for?

I myself come down heavily on the side of the Lakers simply being a superior team.  I completely get where people are coming from when they complain about the Lakers' length and the inability of small ball to adequately address such a roster, but the Wolves play taller opponents all the time.  The Lakers are the Lakers because Pau Gasol and Andrew Bynum (and Kobe Bryant) are upper, upper, upper level players.  If you just watched the game and your first thought is "the Wolves need a center because they will never compete in a league with guys like Gasol, Bynum, and Dwight Howard", I submit to you that they need a shooting guard in a league with Dwyane Wade, Paul Pierce and Kobe.  They need a point guard in a league with Tony Parker, Chris Paul and Deron Williams. The Lakers are the Lakers because they're really, really, really good; not because they're really, really ,really long.  Bynum is an athletic marvel with a surprising amount of polish to his game for a 21 year old.  Bryant is one of the top 5 ballers on the planet.  Gasol is top 20.

The Wolves....well, they start Ryan Gomes and Craig Smith.  They start bench players against the best team in the NBA.  They are starting what many consider a backup level point guard.  Last night's result had very little to do with height.

Now, don't get me wrong; the Wolves are not a finished product and one of their primary concerns should be bringing aboard some players who can fill in the gaps a bit better than Smith and Gomes.  A long an athletic big with positional flexibility would be a revelation on this squad.  A real, honest-to-Pete small forward would be a thing of beauty.  A 2nd point guard is beyond necessary.  As good as the Wolves have been playing of late, they have exactly 3 players with an above average PER (15). The Lakers are on the verge of having 3 over 20. If there was an argument to be made about height, it is that the Wolves passed on Brook Lopez and/or a deal with the Nets.  In their only match up, Lopez held his own but his team still lost to the squad with Kobe and Pau.  Still, this is just as much of a personnel argument as a length one.  As is this:

"We can score against one of the best teams in the league," McHale said. "We just have to figure out how we're going to defend them.

Part of the figuring out process is signing a free agent and doing well in the draft.  This team simply does not have the talent to play the Lakers straight up.

All that being said, the Wolves we saw last night were a real basketball team.  We watched a real, 4-quarter game where both opponents played hard the whole way through.  This wasn't the type of game we Wolves fans were used to seeing way back in the days of Wittman.  Randy Foye went for 27.  Big Al went for 34.  The Big Piranha went for 14/9 in just over 18 minutes of play before fouling out.  And I don't want to hear any crap about him fouling out because of his (lack of) size.  Love has one of the lowest big man foul rates in the league.  He was still productive out there as a 20 year old rookie.  Bynum is in his 4th year in the league.  Gasol is in his 8th.  The Lakers got any call they wanted last night.  In other words, this is a blip, not a trend.  Hell, it looked like Gasol apologized for one of the last fouls being called (the last 2 were garbage calls on good defense).

Moving forward, the Wolves need to come off this loss with a solid effort and consistent internals against Boston.  If they can post a solid OE and rebounding rates against the toughest defense in the league, it will be a good thing.  They need to drive the center of the lane, get to the line, and rebound, rebound, rebound.

"Points lost (PL) is an estimate of offensive efficiency, depending on the league-wide value of a possession. (PC-(oPOSS * league Pts/Poss)). Thus, the lower the points-lost total, the more efficient a player is. Zero is exactly average. Soon to be added to the table will be PC100, or points created per 100 possessions (PC / oPOSS * 100)."

"Points saved (PS) is the counterpart to points lost. Thus, it is an aggregate total reflecting a player's defensive efficiency as compared to league average. The higher the total, the better. Zero is exactly average. Soon to be added to the table will be PA100, or points allowed per 100 possessions (PA / dPOSS * 100)."

BTW: Trevor Ariza is how I imagine the Corey Brewer role being played.  Fantastic defense, corner threes, amazing athleticism and a lot of flying all over the place.  Here's hoping Brewer recovers enough to play the Ariza role and that the Wolves can bring in Marvin Williams in free agency to play the part of Ryan Gomes.

BTBTW: Even though Love fouled out, how nice was it to see a player on the team show that much disgust with losing?  We haven't seen that sort of thing since the days of KG.  And no, I'm not comparing the two; it's just nice to have that type of guy on the team.

BTBTBTW: Sweet Jesus I hope that Phil Jackson doesn't win another championship.  A management guru should never replace a real basketball teacher as the man with the most NBA championships.  The guy has figured out the key to dealing with the egos of upper level, highly paid modern athletes.  Congratulations.  Red coached ball.

UPDATE: I forgot to mention that Jose Calderon missed a free throw against the Bucks, thus ending his consecutive free throw streak at 87...10 short of the record-holder and former Wolf Michael Williams.