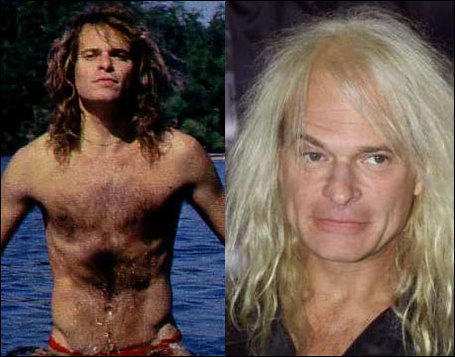 This little tidbit on RealGM caught my eye yesterday:

Several sources with knowledge of the situation have told Tommy Dee that the Portland Trailblazers are getting serious about trading for David Lee.

The Blazers’ organization feels Lee’s style of play would fit perfectly in Portland as he can play in both the half court system and get out and run as well as any forward in the NBA.

The Knicks may be interested in Jerryd Bayless, who has fallen behind Sergio Rodriguez on their depth chart, and whom the team passed on in this year’s draft or Rodriguez, but the combination of either and a first round pick won’t be enough to entice Walsh. This is where a third team may get involved.

I'm not really sure how a 3rd team could add much to this equation, as Bayless and Lee can simply be traded straight up and any addition would simply be another tacked-on trade that could survive on its own...but here's a very complicated idea that just may...well, it will never happen:

Here's something a bit more realistic:

That's about as good as I can come up with for a deal that could simply happen with 1 player for another.  I don't think I'd pull the trigger on either deal.  The only good thing about the 2nd one is that Miller's deal gets swapped out a year earlier.  Would Bayless have to come to the Wolves in order to make this somewhat interesting?  I don't know how many of our readers remember last year's draft build up, but there wasn't a single player I was more opposed to than Bayless.  Do. Not. Want.