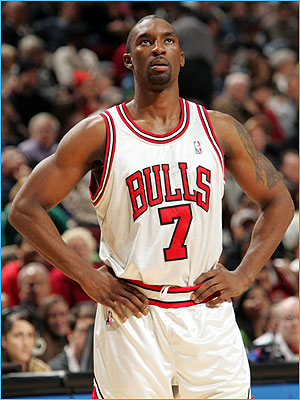 It's been a busy day of writing here at Hoopus and we still have a game thread tonight so I'll put this one below the fold.  Enjoy.

I was reading through the Memphis papers this morning when I came across this little gem:

But in 33 professional games, Mayo has shown the ability to be -- let's use Wallace's term here -- "a major player in the league."

There aren't many players who fit that description. The Grizzlies have never had one.

Carmelo Anthony is a major player in the league. So are Dwyane Wade and Brandon Roy.

Now, for purposes of comparison, Mayo's numbers as a rookie: 19.7 points, 4.1 rebounds and 3 assists.

"The really amazing thing," said Wallace, "is that he's not doing it with an abundance of shots.

No, the amazing thing is that he's doing it with the shots he's doing it with. Early on this year Mayo was a freakish 2FG% shooter, putting up numbers comparable to Steve Nash.  82% of his shots come on jumpers, 39% of which are assisted. He has an eFG of .507 on these attempts.  These numbers are dropping.  (Also, how ridiculous is it to throw Melo into that group? Why not add Shaq while you're at it?)

Over the last 10 games Mayo has a .417 FG% while shooting .339 from beyond the arc.  Over his last 5 he is .448 and .323 respectively.  He is putting up these shooting numbers as a rookie playing an insane number of minutes.  Over his last 5 he is averaging 41.6 mpg.  His only statistical top-10 is minutes played, where he ranks 4th in the league behind Chris Bosh, Joe Johnson, and Vince Carter.

We don't fault the columnist at the Commercial Appeal for being excited about a fantastic rookie player.  What we do fault him for is irrational exuberance.  Do you know who O.J. Mayo is?  He's Ben Gordon.  Take a look at their rookie campaigns:

As a 21 year old rookie Gordon came off the bench and earned 6th Man of the Year honors but he was also viewed as a clutch 4th quarter performer who could score with the best of them when the game was on the line.  It turns out that Mr. Gordon wasn't really all that great at rebounding, getting steals, protecting the rock, and shooting from inside the arc.

As you can see from the above charts, Mayo performs very much in the mold of a rookie Ben Gordon.  The only thing keeping him from being a complete Gordon clone is his superior 2FG% (falling) and minutes (increasing), and his inferior FTAs.  Otherwise, he's a long range jump shooter who relies heavily on the 3 ball (to the tune of 30% of his shots) to score "effectively" while doing very little else above what is considered average for his position.  Take a look at this chart from Wages of Wins from about 2 weeks ago:

O.J. Mayo is a fantastic shooter.  He's a solid rookie who does some very nice things on the court.  However, I think it's far more likely that he's a Ben Gordon type of player instead of a Wade, Anthony, and Roy one.  This is nothing to sneeze at but a superstar in the making he ain't.

Regardless of what happens in tonight's game I want all of our readers to pay attention to what O.J. Mayo does to positively end or extend his team's possessions outside of making jump shots.  Does he get to the line at a fair clip (he may tonight, but overall the answer is a clear no)?  Does he rebound his position well?  Does he dish out a lot of assists?  Does he take a lot of shots that allow his teammates to be in good rebounding position?  Does he turn the ball over more than the average shooting guard?

O.J. Mayo is a scorer.  He is a scorer who relies on long jump shots while not getting to the line; he commits more turnovers than he creates; and he doesn't rebound his position particularly well.  I'm not sure that's something to gloat about...at least no more than you would for someone like Ben Gordon.

PS: Mr. Gordon will be available in free agency next year and the Wolves could have the best of both worlds: a Mayo-esque player in Gordon + Kevin Love...all the while keeping their Miller/Cardinal/draft pick assets in place.  If you haven't guessed already, Mr. Gordon will be prominently featured in an upcomming "what this team needs to do" post.  If they can land a point in this draft (Rubio, Jennings, or Holiday) I think they should extend a hefty offer to Mr. Gordon and roll with a back court rotation of Telfair, Foye, Gordon, and (Rubio/Jennings/Holiday).

UPDATE: Thanks to a link from Blog-a-Bull I found this link from NBADraft.Net that compared Mayo to Ben Gordon.  I hadn't seen that before but I suppose it would qualify for a real-time comparison talked about in the comments below.