It's all downhill from here kid

Share All sharing options for: It's all downhill from here kid 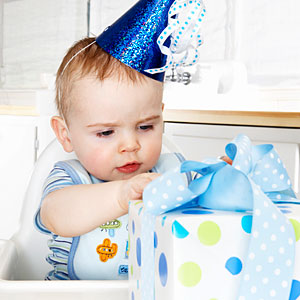 Look at him.  Unwrapping a new season.  While he doesn't really know any better, you can see it in his eyes that he thinks he could be opening up a .500 record with massive improvement from Kevin Love and Al Jefferson along with developing two starters in Jonny Flynn and Wayne Ellington.  That's what could be in there.

Of course, his parents are jerks and instead of getting their baby boy something cool like a winning season (or a Spanish fire engine) they bought some sort of 'brain development' toy that makes them feel better about ditching the poor tyke in front of a TV while they work extended hours on the basement computer knowing full well that Little Einstein is nothing but a bunch of crap.

Such is life for the 2009/10 Wolves fan.  It's time to open the shiny new package and, for one day, pretend that it's something other than what all the grown ups know it is.  David Kahn plays the role of the jerk parent, filling our ears with baby talk about how cool the gift will be and how much we will like it if we just give it some time.  Later on in our 30s we will tell our shrinks about how we knew deep down inside that he was just trying to justify his poor parenting skills and, oh by the way, can we please have another 50 Xanax?

Flash back to our 1st birthday.  We have our hands on the present.  We still think anything could be in that box.