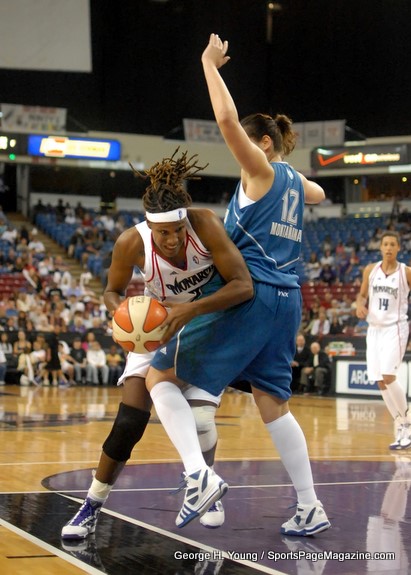 For those of you who are fans of the noon to three program on KFAN you are probably aware of the (in)famous preposterous statement contest where the host and the interim producer gather the silliest and most over-the-top statements from the world of sports and then run them off against each other in a winner-take-all tourney for preposterous statement champion of the world.

During yesterday's pro'grum they added the following statement (from a caller): "If [the Wolves] add a good shooting guard and a center, they'd be a .500 team."

There are two angles to this statement.  On one hand, the idea the Wolves are two competent players away from being a .500 team isn't all that far out of an idea.  In fact, we here at Hoopus have said over and over that the Wolves need to add a wing player like Rudy Gay and an athletic big like Joakim Noah or Jason Thompson in order to take the next step before hoping that the Sessions/Rubio/Flynn/(Wall?) battle can play itself out at the point.

On the other hand, the idea that the few remaining Wolves fans are in a position to talk excitedly about the addition of 2 more competent players in order to make it to an even split in their record is...well, that's kind of preposterous.  It's really preposterous.

What is also preposterous is trying to draw any conclusions about this team from any single game of action.  After performing like up-tempo gangbusters against the talented Utah Jazz, the Wolves came out an laid a preposterous egg against the Clips. This team is a whole lot of hit and (mostly) miss right now and if I had to pick one or two angles that would determine whether or not they will win, it would be the play of Jonny Flynn and the nondescript wings.  Against Utah, Corey Brewer and Jonny Flynn went off and the team was able to compete.  Against the Clips, not so much.

OK, that in mind, and with clear understanding that there are no grand themes you can take away from any of these games other than that Minny is out manned by a mile, let's get around to last night's tilt.  It was notable for three reasons:

Minnesota has no orientation whatsoever to their defense. Like a lot of young units, the Wolves’ off-ball defenders overplay the strong side. There are moments when Baron is trapped in the right corner with two other defenders cheating that way (2nd, 3:50). Smart teams beg Baron to shoot from that distance, but for some reason the Wolves think they can beat the Clips by pressuring Davis. This dynamic is one reason Rasual Butler is able to find as many clean looks as he does against Wayne Ellington and Corey Brewer in the second quarter, and why the Clips are able to reverse the ball for easy shots at will.

It was also noticed by the coaching staff:

"Our weakside defense was awful. It was absolutely awful. We were unattentive, we didn't anticipate,  we didn't read. Very poor," Rambis said. "We didn't root guys off the post, didn't try to deny post opportunities, and our double teams were sporadic. Getting to cutters, rotating to shooters, the whole thing collapsed. That was a disappointment."

It was atrocious.  Aggressive double teaming is one thing, having the other guys on the floor getting locked in on the double team and drifting towards it is another.  Again, this is another example of poor effort and a lack of concentration.  The Wolves really blew it last night.  They had a chance to put together their first winning streak of the season against a below average Clipper squad at home.  Instead of taking advantage of an opportunity to (relatively) raise the roof and give their hometown fans something to be excited about, they laid an egg and made them turn the channel. Now that's preposterous.

GameFlow can be found here. Four Factors if you care:

You may notice that today's post was led off with a picture of a Sacramento Monarch.  That woman's name is Rebekkah Brunson.  She is the 6'3" former All Star forward taken by the Lynx with the 2nd pick in the WNBA dispersal draft.  She has a career 18.5 reb% and last year she put up a PER of 19.1.  While the Wolves are busy putting up dud efforts on nights where they should be giving their equivalent of a playoff effort, the Lynx are busy putting together one of the best young rosters in all of professional basketball.  Is it too late to put Roger Griffith in charge of the Wolves?  if you are a fan of great basketball, the best basketball in town for the next few years will indeed be played in the Target Center...by the Lynx.  They are putting together a championship caliber squad. Here's hoping David Kahn can follow suit with the guys in the men's locker room.