This is not going to be pretty

Share All sharing options for: This is not going to be pretty 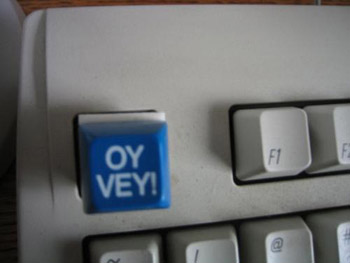 I don't know what else to say about last night's game.  It was ugly.  Both teams were without their best players and the Wolves had the look of a squad who didn't really know how to play with one another.  We've been talking about the importance of help defense all year long, but....well, you do need to know how to play man defense to a certain extent.  You can't switch on everybody.

The Raptors didn't figure out the switch trick until after halftime, when they were treated to a buffet of open layups and 3 balls.  Again, what else can you say about a game like this?  Let's try out a few bullet points:

One of the most notable things about last night's game was that Love's greatest asset--his ability to operate as an upper level gap filler--was neutralized by having to play next to one pole (Foye) rather than in between two (Foye and Big Al).  He's a 20 year old rookie big who excels at rebounding, ball movement, help defense, and hustle.  When he gains more leg strength and masters the art of the 15-17 foot jump shot, he'll be the type of guy that can better handle this type of load, but for now...35+ mpg could get ugly on his front as well.  Plus, at this point in the game, the low post ain't exactly his thing.  Here's hoping that the Wolves install some more 4 out or 5 out sets after the All Star game.  Keep Love in the high post and run some dribble drives off the perimeter.

As for Mike Miller, I'm of the opinion that he should be aggressively shopped before the deadline.  With rumors that NOLA is going broke, with a bad economy and several restricted free agents about to hit the market, and with Phoenix looking to blow things up and wanting specific assets in return (ones that Golden State and Chicago are hard pressed to fill individually), the Wolves are in prime shape to get something done.  When teams are talking about getting rid of Tyson Chandler and trading Raymond Felton for Jamaal Tinsley, and when the season is shaping up to be nothing more than a string of pickup-level games, making a fairly decent sized move may be the only way to keep this thing interesting moving forward.  Plus, it makes sense as far as the long term prospects of this club are concerned.  The Wolves have a nice perimeter asset (Miller), @ $10 mil in expiring contracts (Shaddy + Collins), 4 potential 1st rounders, and a stashed Euro.  If they had their eye on an 09/10 free agent, now is the time to make it happen, especially with a bad economy and teams looking to part ways with upcoming restricted free agents so that they can get something in return.

Finally, since we're staring at the very real possibility of fewer than 5 wins from here on out, how can fans judge success on this squad?  What will you be looking for?