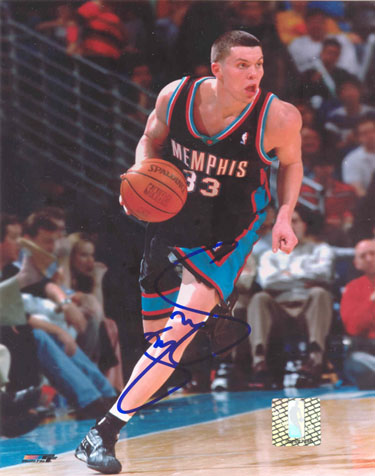 Well folks, this is the week.  Two things to think about:

I mention this because if Mike Miller gets moved for a combo including players like Stromile Swift or Wally, it wouldn't necessarily be a bad thing.  Think of it as a preemptive strike against the inevitable bitching about giving away a key part of the Love/Mayo deal.

Here's hoping that the Wolves can clear some salary and open up a roster space this week....maybe picking up a pick along the way.

Probably not what Phoenix wants with Hinrich, but when Nash eventually bolts or asks for a trade, they'll need a point.  They get a nice young player in Thomas, an expiring contract in Gooden, and 2 additional 1st rounders.  Hell, the Wolves could give them Nikola Pekovic instead of the 2 picks.

Chicago gets a stud 4, a fantastic shooting 2/3, and a nice 4 off the bench.  The Wolves get the guy they need at the backup 4/5, and additional pick, and with the $7.2 mil they save from the get-go, they can buy out Dudley and/or Amundson.

The Wolves then throw everything they have at the best point in the draft and Marvin Williams...starting next year with this:

Of course, if Evan Turner comes out, then they should do what they can to land Mr. Turner and a point.  What say you?  Do you have any Mega-Deal Monday suggestions of your own?

UPDATE: Check out this little nugget from ESPN:

Our freshest non-Amare scenario: Sources say Oklahoma City is going after New Orleans center Tyson Chandler, with the Hornets known to be seriously interested in slicing payroll and with the Thunder capable of offering the Hornets two replacement big men with expiring contracts (Joe Smith and Chris Wilcox) as well as one of its five first-round picks in the next two drafts.

Holy crap.  How about Jason Collins, Shaddy, Calvin Booth, and the rights to Pekovic for Chandler?  Call Chandler the equivalent of a big free agent signing and then go after the best point available and Turner (if he declares) with everything else.

UPDATE ii: How about this little deal? It would require dealing with a guy who doesn't deserve to be dealt with, but business is business:

I will personally scream like a little school girl if this pie-in-the-sky deal is consummated.  Greatest. Deal. Evah.  Essentially, Portland and Minny swap Miller and Batum while the Hornets pick up the cap scrap and future assets.  The Wolves then throw everything they can at the best point in the draft and roll forward with: