In his own words

Share All sharing options for: In his own words 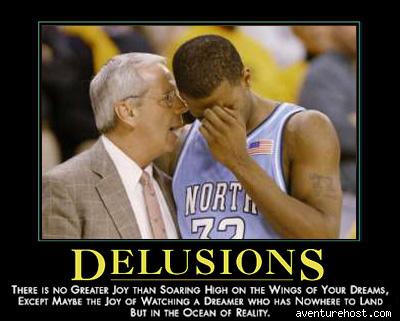 With Mr. Born to be Hated/Dying to be Loved headed on out of town, I thought it would be a good time to take a look at www.rashadmccants1.com to see if the man himself could provide a few words of wisdom to help us deal with the situation that developed right before the trade deadline.

First up, the most recent site update:

Rashad returned Wednesday night for the first time in 12 games, and showed tremendous effort off the bench in the 94-86 loss to the Hawks.

"Rashad was a bright spot tonight and there weren't many,'' Coach Kevin McHale said.

In only 15 minutes of play Rashad knocked down 10 points including two big threes in the fourth quarter.

He was 4 for 7 from the field with 4 rebounds a steal and a block.

BACK FOR GOOD?
McHale had sat McCants for the last 12 games and it seemed like he would never give No. 1 another chance until last night.

The team was playing poorly on both ends of the floor and needed a shot in the arm. Enter Rashad.

His performance last night in limited minutes shows what kind of presence the Wolves have been missing.

Back for good? For the answer to that question I'll refer you to the image at the top of this post.

Let's take a quick look at my favorite piece of Shaddy poetry, Hustle and Cream.  I think it is especially pertinent considering today's events:

We Dead inside just a hollow shell, our hearts are so cold look at dave chapelle,
evil is people with greed that shit green. How is there loyalty when friends is switch teams
We trade stocks and shares but can't help my hood and the NBA cares over there.
Eve should have ate that pear then maybe life would be more fair.

Will Shaddy's departure kick off a run of poetry in the Wolves' locker room?  It's impossible to say.

Here's another important passage that provides a window into Shaddy's tortured soul on this particular day:

Where do we start. At the top?
Whether it’s top or bottom, you build for the top only to fall to the bottom.
Everyone must fail to succeed. Everyone wants greed cause it feeds.
Everyone wants to achieve because they believe.
Hell if I fail,
I was born to prevail.
Born to raise hell.

With as much seriousness as I can possibly muster in the face of such awful art, I think Shaddy's poetry is fairly indicative of his problems on the court.  He knows how the game is generally supposed to sound and feel, but he lacks the necessary ingredient--whether it is heartfelt for love or faked for gain--to bring it all on home.  He's a poseur, a flirt, a fake, and whatever other name you can come up with for a guy who choses chews up life's scenery while the lead actors wait for him to get the hell of the stage.

Let's be clear: Shaddy is a lucky guy.  Not many people make it to the NBA.  However, instead of realizing that there is a fairly wide variety of lights in the basketball sky, Mr. McCants thinks that by simply being up amongst the stars, we earth-bound suckers are looking up to see him.

Hopefully, some day he will get it.  He has all the talent in the world to be a fantastic 15-20 mpg guard off the bench for a competitive team.  It's not exactly a living that people will write poetry about, but it is one that is worth looking up at every now and then.