Recap of deadline day for the Wolves

Share All sharing options for: Recap of deadline day for the Wolves 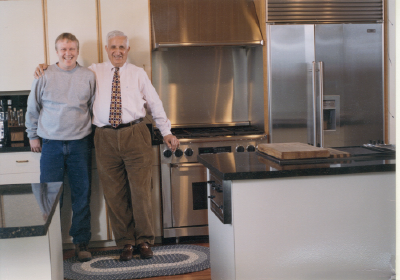 OK, first of all, it's time to end the madness over at the Strib.  Fact checking matters, non-hackery matters, relevant writing matters, integrity matters.  With that in mind, I give you Grandpa Sports:

Sacramento got the best of the deal it made with the Timberwolves on Thursday when it acquired shooting guard Rashad McCants and center Calvin Booth for point guard Bobby Brown and forward Shelden Williams.

The only way the Wolves win that deal is if the 6-9 Williams surprises and helps the Wolves inside, somewhat lessening the loss of injured Wolves star Al Jefferson.

The fact that the Minnesota Timberwolves could turn a scowling malcontent and a guy who only saw 40 seconds of action all year long into something more than a pack of gum is a minor masterpiece of front office management.  They "win" the deal by getting a warm body with an expiring contract who can play 10 minutes in the front court in exchange for a shooting guard that doesn't play.  They "win" the deal by trading a guy whose only 2009 stat is a single rebound for a point guard with a minimal contract who can play the 10-15 minutes on the ball that Sebastian Telfair is on the bench.  The idea that there is some sort of potential left in a fourth year player with his head screwed on sideways (and who wasn't re-signing here anyway) is nuts.  He is who he is and he'll really need Facebook to communicate with his honeys when he ends up at his final basketball destination: Russia or New Zealand.

OK, that's not even the bad part of the article.  See if you can square this circle.  Here is the conclusion of Grandpa Sports' take on Shaddy:

The Wolves aren't going anywhere. They are actually better off not winning many games so maybe they can get lucky and get the top pick in the lottery for once.

Can you imagine what is contained in the prior paragraph?

It's too bad the Wolves couldn't have acquired Brad Miller, who went to Chicago from Sacramento. He would have helped them.

Yes, he could have helped them win more games to reduce their chances of winning the top pick in the lottery.

On top of this nonsense, Grandpa Sports, while writing about how the Wolves lost the deal, states the obvious assumption that Shaddy never would have re-signed with the Wolves.

The Wolves didn't plan to re-sign him, and he wasn't interested even if they wanted him back.

Moving forward, the Wolves now have 11 players on the books (if you include Bobby Brown's player option) for $50,918,778. With the possibility of 4 first round draft picks, they are in position to fill out the roster with cost-effective options.

Most importantly (and here is where Jim Stack deserves a huge amount of credit for keeping his powder dry), the Wolves enter next season with 4 expiring contracts worth $21.6 mil: Mike Miller ($9.8), Brian Cardinal ($6.7), Mark Madsen ($2.8), and Craig Smith ($2.3).  If you factor in the 125% + $100k rule, this means the Wolves can theoretically take back in $27.1 mil of contracts.  If you factor in assets like Nikola Pekovic and the Utah pick, the Wolves are well placed to make two significant trades at the next trade deadline.  If they really like Kirk Hinrich, he'll likely still be in a Bulls uniform a year from now.

Speaking of Captain Kirk, I find it somewhat baffling that the Bulls did not move him to the Wolves when they had the chance.  They are currently looking at a 09/10 cap number of $64,240,132 with only 10 contracts and an unsigned Ben Gordon.  With the Brad Miller deal, they actually took on more salary than they sent out.  They are not in the driver's seat when it comes to dictating the terms of any hypothetical Hinrich deal.  Throw in a $2 mil draft pick and they're close to the lux mark with roster spots still to fill.

Perhaps the most surprising thing that didn't happen yesterday was the Wiz standing pat.  Here is their thought process: They want to maintain their core group of players.  They also want to avoid the luxury tax.  In order to make this happen, they needed (past tense) to trade their very favorable draft pick (and the unfavorable contracts of Etan Thomas and Mike James) for expiring contracts.  At this point, there is no way they can simply walk away from the lux tax by trading Thomas and James for expiring contracts because they will have to take back in just as much salary as they send out.  If you can figure out how they will come in under the lux mark in 09/10 (likely under $70 mil) you are a better man than I.  They currently sit at $76 mil with 14 contracts.  If they land a top 5 pick, they could be looking at as much as an $80 mil roster.  The bottom line here is that the Wolves still have an opportunity to use their expiring contracts and future assets to pry the Wiz's first pick from their hands.

Wrapping this thing up, the Wolves made a decent trade yesterday.  They traded relatively useless assets for 2 players that fill functional needs: 10-15 mpg players at the 1 and 4/5.  Sheldon Williams is especially important.  He allows Kevin Love to remain as close to his rookie development plan as possible considering that Big Al Jefferson is out for the season.  This season is all about developing guys like Love and Bassy from here on out.

Looking forward, the Wolves have put themselves in a position where they can be very active during this off-season as well as at next year's trade deadline.  They have enough expiring 09/10 deals to bring back in $27 mil of contracts without sailing way above the luxury mark.  This means the team should be looking at financially troubled teams with solid young talent and contracts extending beyond 10/11.  I suppose it could mean taking a flier on a sign-and-trade with a big name 2010 free agent, but that's not something I'd bank on.  Here are a few teams the Wolves should keep an eye on:

There are a few other teams out there that could be interesting.  Indiana is cap heavy but I'm not sure they have much to offer in return.  If Toronto keeps Shawn Marion, they could be looking to start over if Chris Bosh gives some early signals that he wants out.  If there is one big name 2010 player that I think the Wolves have a shot at, it is Bosh.  Sacramento is clearing cap space but are their finances solid enough to keep Kevin Martin around without a lot of wins?

Anywho, you get the picture.  There are going to be a few sellers this off-season and next year at the trade deadline.  From Hinrich to Samuel Dalembert, the Wolves probably have a better chance of landing their choice of players for better value by waiting.  Yesterday was another solid day at the office for Jim Stack, Fred Hoiberg, and Rob Babcock.  I leave you with a quote from Stack in the Strib article on the trade:

The trade was the only deal the Wolves made before Thursday's deadline. Stack said he explored options with "every single team in the league," looking to turn assets the team has acquired -- expiring contracts, future salary-cap space, extra first-round picks -- into a player who could hasten the team's rebuilding process. One player they reportedly pursued: Chicago point guard Kirk Hinrich.

"Flexibility is important because it gives you options," Stack said. "But at a certain point in time, you have to pick an option that addresses your needs."

Exactly.  Here's hoping that they can turn some of this flexibility into solid assets leading up to next year's trade deadline.