Because they have to win something

Share All sharing options for: Because they have to win something 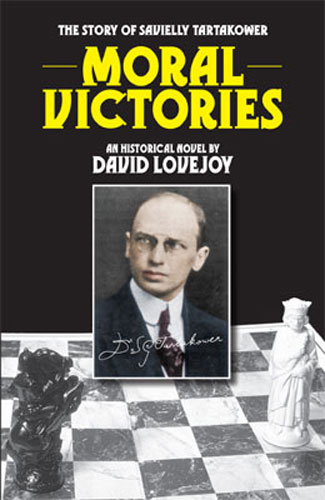 Let's start this thing off with a continuation of something I wrote after the Raptors game: this team is filled with replacement-level or lower players.  In the grand scheme of things, the Wolves have Al Jefferson and Kevin Love as solid, no-bones-about-it starting-level players.  Moving down the roster, Randy Foye has the potential to be an above average starter but his success is seems to be dependent on having a big guard next to him that can deal with anyone over 6'4".  I won't pretend that I can give you a non-partisan take on Sebastian Telfair.  He's my favorite player on the squad and he's the only legit point they have.  I still believe that he can be the starting point guard on a winning team.   Mike Miller and Ryan Gomes...we'll save that topic for later on in the post.

Anywho, the point here is that the Wolves don't exactly have a lot of starting-level talent.  They have some very, very nice players that would make for fantastic 6th, 7th, and 8th men on an upper-level team, but they are still in need of players that can upgrade their weak areas at the beginnings and ends of games.

Last night's tilt against the Jazz started out much like the game against the Raptors.  The Wolves blazed out to an early lead with some fantastic ball movement and inspiring team play before promptly handing the game back to the Jazz once the bench (previously the end of the bench) came into the game.

Over at Britt's place, he rightly labels this as "not enough horses".  That's spot on.  Regardless of one's thoughts about Rashad McCants, Our Beloved Zombies are down 3 major contributors and nearly 75 mpg this year when you factor in the losses of Big Al (35 mpg), Corey Brewer (20-25 mpg), and Shaddy (15-20 mpg). There's no way to dress this up other than to say it hurts.  Even if you throw Shaddy aside, the team is down over 50 mpg with Brewer and Big Al.  Those minutes are hard to replace.  Even when you can replace them with solid production (see Love,  Kevin) or close to even production (see Carney, Rodney) the problem then becomes the minutes that those guys are giving up to the end-of-the-benchers of the world.  This team still has a massive lack of talent.  They have some very nice pieces, but they need to be played correctly, and alongside starting-level upgrades.

Getting around to the title of this post, today's game wrap is the last time this year that I will mention the talent gap.  We all know it is there.  We all know that this team is in need of either a big 2 to play along Bassy and let Foye come off the bench or a starting point with size (either way, they need a second point), an honest-to-Pete starting 3 that will allow Gomes to come off the bench, and a defensive-minded big that can rotate with Love and Big Al in problematic match ups.  With these needs in mind, and considering the team's significant but nonetheless limited resources, the big goals for the remainder of this season are as follows:

In yesterday's game wrap, long-time Gomes aficionado College Wolf (from T-Wolves Blog) mentioned that I was perhaps being a bit unfair to Mr. Gomes by failing to mention that he has been playing like gangbusters of late.  For the past few months, Mike Miller (and Z-Ro) enthusiast MAYNHOLUP! has been singing the praises of the SoDak assassin.  Admittedly, Miller has grown on me.  While his refusal to shoot the damn rock has been a bit annoying (especially when he kicks it out to Bassy with less than 5 on the shot clock instead of this pass happening the other way around), he has really turned into the type of all-around veteran player that you'd like to have on your team. His PER is steadily increasing, his win shares are in the top 3 on the squad, he still can shoot the lights out, and he rebounds and passes well.  Granted, in this economy his expiring 09/10 deal is a huge chunk of gold, but he is one of the best 3 players on the squad this year along with Love and Big Al.

Gomes, on the other hand, has regressed since last season.  His efficiency numbers are down and his turnover rate is up (among several other things).  Until Big Al's injury, he simply wasn't the player we saw last season.  I'm not exactly sure why this is; perhaps it is the fact that he's moved from power to small back to power forward again.  Perhaps it's the fact that he's tried to blend in too much.  I don't know.  Whatever it was, Gomes simply wasn't producing anywhere near the level he was last year until Al went down.

Since that time, he has been, as CW mentioned, fantastic.  Granted, it's just a 5-6 game sample, but he has been playing lights out of late.  Whatever this is, and however he is doing it, we'll continue to monitor it and his progress (and whether or not he can maintain it) is one of the big things to watch for during the remainder of the season.  If he and Miller can continue to play like they are, this year's off-season becomes considerably less complicated.  If Miller/Gomes can make it work at the 3, they do what they can to draft James Harden or Evan Turner with the top pick, Nick Calathes (if he comes out) with the Heat pick, and then go get Samuel Dalembert to round out the 4/5....provided they don't land the #1 pick and then all bets are off.  Lineups please:

Of course, the big elephant here is that Miller (and his awesomely expiring contract) will be prime assets next year before the trading deadline and this should give the team enough time to figure out if Brewer can really play at the 2/3 and if their draft pick has the juice to run at the 2.  Let's wrap this thing up with some bullet points:

Remember, Hoopus Night at Target Center is April 11th.  Details are here. Come sit in a suite, talk hoops, and enjoy one of the last games of the year.

BTW: For a Jazz perspective on last night's game, check out our sister site SLC Dunk.