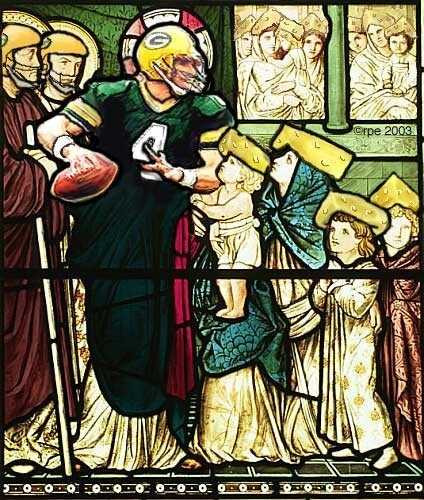 For those of you who were around for last night's game, it was probably most notable for the number of Blazers' fans who took the time to stop by and opine about their favorite team.  It was, to say the least, interesting.

We here in Minnesota are experts in the field of sports psychology.  First of all, outside of the Twinkies, our teams tend to lose in EPIC FAIL fashion.  This teaches most of us--outside of some of the newer and more rabid Vikings' fans--to not internalize the product.  This doesn't preclude a modest emotional investment in the whole lot, but it is enough to shield us against most of the things that emanate from the second source of our sports psych honorary PhD: we live in close proximity to cheese heads.

You see, having lived with cheese heads for many, many years (for those of you non-Minnesotans out there, you should know that Minnesota is filled with cheese heads who want a better life outside of Wisconsin and they wear their cheese head-dom like a scarlet badge of honor come football season), we Minny sports fans know both the needle and the damage done by the almost cultish devotion to a single sports franchise.

True story: I know a Packer fan down the block who puts up a nativity each year that is spray painted green and gold.  Before the Favre trade, a tiny baby Jesus with a #4 jersey was delicately placed in the manger.  This year, no baby Jesus.  Think about that for a moment.  This man left his Lord and Savior Jesus Christ out of his holiday manger presumably because he could not be adorned with a #4 Packer jersey and he was unwilling to make the change to Aaron Rodgers.

I suspect similar things are happening in Portland.  Anyone who knows a Packers fan and a Blazers fan knows what I am talking about.  They are two peas in a pod.

Anywho, without getting disrespectful, and without any swears or gratuitous cheap shots at individual fans or players, I'd like to ask our readers if they can come up with a phrase that accurately describes, a'la cheese heads, Blazers fans.  Keep in mind that the beauty of the term "cheese head" is that it is used affectionately within the borders of Wisconsin and derisively from without.  It's not a mean word or even a hateful one.  Case in point, check out Blazer Dave's response to the brew-ha-ha:

Check out the muttering from the ‘Wolves at CanisHoopus.  I noticed that some folks had a bee in their bonnets today because the author over there expressed hatred towards the Blazers and detailed why.  Keep this in mind...there's no surer sign you're becoming a good team than the hatred of your fellow fans.  List all of the teams you really, really dislike in this league.  Whether your list is long or short, I guarantee Memphis is not on it.  Newly-emerged marginal teams aren't hated, they're considered novel and cute and half-rooted for.  When a team is good enough to get your goat repeatedly you start to hate them.  Personally I look forward to the day when every fan from here to Botswana reviles us, curses our name, and casts aspersions upon us every day and twice on Sundays.  Revel in it, folks.

Although, to be fair to Blazers fans, and perhaps this is just my lack of football knowledge shining through, they do seem to have an added component to your typical cheese-headery: the internets. Check out this little nugget from Bill Simmons' latest column on the financial state of the NBA:

Portland seems content to be just a Promising Young Team With a Huge Internet Following for the next 12 years.

Indeed.  Wrapping this little meme up, here's the dirty little secret of this sort of fan-based relationship: no goats are gotten.  I mentioned this in one of the comment sections on this subject, but you don't have to be invested in something or know a lot about it to not like it one bit.  Trust me. Even Blazers' fans know this, as I received all sorts of emails showing them to be quite familiar with the subject.  That being said, as it is with the Packers and the cheese heads, at some point along the way, the fans (and their reactions) become part of the action.  The fandom takes on a life of its own and its identities are internalized to the point where it is almost political in the eyes of its most hardened practitioners; a green and purple upper Midwest, if you will.

Setting all that aside, last night's game was notable, on the court, for it being the first time where the Jefferson-less Wolves have simply been blah.  There's no other way I can put it.  Portland came to play and win and the Wolves....well, perhaps they needed a belly scratch.  It was ugly, fugly, zugly, mugly, whatever you want to put in front of the "u", go ahead. Unfortunately, at this point in the season, we Wolves fans know the drill: games are no longer about wins, but moral victories and ping-pong balls.  Last night they flubbed the former but made out like gangbusters on the latter.  Both Washington and Sacramento walked away with victories while Our Beloved Puppies...you know.

Something else happened last night that deserves our attention.  This: 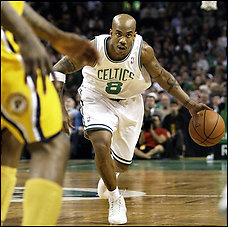 One of the reasons (as if one needs to have any to dislike a particular sports team) I cited for disliking Portland was the role Minnesota played, directly and indirectly, in creating the Blazers' current on-court product.  B-Roy and a coin flip turned them from a Randy Foye led team with LaMarcus Aldridge and Corey Brewer (I doubt they would have taken Brewer, but you get the picture) to whatever it is that has them all hot and bothered, while the Wolves would have Roy, KG, and the #1 pick in the 2007 Draft.  This, however, is not spite or jealousy.  It's something much different and long term.  I'd be lying to you if I said I wasn't a bit annoyed with all the Portland-based nonsense about Pritch-slapping and the almost-creepy love for their GM.  We'll save the big post on the topic for the day #8 and KG are in the same frame, but the thing that truly does annoy me (not to the level of gotten goats, lost sleep, or anything like that) on general principle is the near-complete disregard of the importance of luck in building an NBA franchise.  Kevin McHale is a smart cookie.  From interviews to stories to second-hand accounts to comments from players and peers, the guy knows ball backwards and forwards.  He put together a team with KG and Starbury.  Say what you will about Portland, but not even they have that type of stratospheric talent.  You can quibble about the Ray Allen deal, but McHale picked and traded for the right guys.   He even got the basic idea of how to win with KG right: surround him with two upper-level perimeter players and a bunch of role guys.

I'm not going tell you that McHale hasn't flubbed up a large amount of what has happened since Starbury went loco and the 1999 Draft.  I'm also not going to tell you that Kevin Pritchard hasn't done a bang-up job in putting together one of the youngest and most exciting teams in the league with cap room and assets to spare.  That's not it at all.  The common thread here is that winning in the NBA requires competence and luck; and that sometimes, the lack of one can cause the other to spiral out of control, even to the best (and worst) of them. That's my cosmic beef with the Blazers: You don't lose an even keel over luck.

Potential epilogue: Of course the great irony here could be that despite all of the luck, the Blazers may have passed on a truly historical talent while Paul Allen finally starts to run out of spendable basketball money.  This would be the rough equivalent of seeing a stereotypical trailer trash family hit the lotto only to have their new tricked-out double wide wiped out by a twister.  I'm not saying I would take any joy in that, but my level of sympathetic response would be heavily dependent on just how loudly they blared their Toby Keith CDs on the best stereo WalMart had to offer.  Right now, there are some awfully loud tunes coming out of Blazer land.