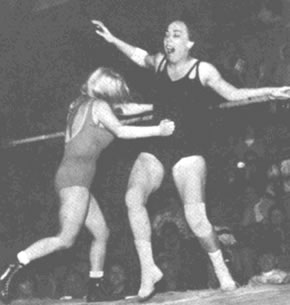 There's no good way to dress this up.  There are no silver linings.  This is an unmitigated basketball disaster.

Let's get a few things straight.  First, medical technology may have come a long way in the last few decades but we're still talking about a torn ACL on a 6'10", 265 lbs man who runs and jumps for a living.  This is Johan Santana going under the Tommy John knife.

I myself was at the wrong end of a terrible basketball injury.  I made a quick recovery following a dislocated kneecap, a fractured wrist, and a dislocated shoulder only to find re-injury not through harsh physical contact, but from apprehension during a casual walk on a slippery sidewalk.  To this day, a single line of thought remains when I play ball: "Can I make that landing? What happens if I make that cut? Should I brace for this push off more gingerly than I did before the injury?" You get the picture.  It's not just the body that will change with this injury.

In the grand scheme of Wolves-dom, this injury's craptasticness lands somewhere inbetween Sam Cassell's WCF hip problems and Stephon Marbury morphing into Starbury (both of which are far, far below Malik Sealy being killed by a serial drunk driver).  It also continues a disturbing trend of 2nd year Wolves succumbing to terrible injuries.  Rashad McCants, Randy Foye, Corey Brewer, and now Al Jefferson have all been harshly injured during their 2nd season with the squad.

For all of the terrible decisions that this club has made throughout the years (and there have been many), they have also taken more than their fair share of snake bites.  In this sense, Papa Glen and the Iron Ranger, no matter how far they sink into the Country Club madness, are deserving of sympathy.  McHale was the architect of what should have been a duo for the ages in KG and Steph--he has spent the years since patching together what he could out of the remains.  PG saved this state from basketball hell by buying the franchise so that it would not move down the river to NOLA--he has spent the years since putting a considerable amount of money, and undue faith in his Basketball VP, into the product.

I'm not saying that Papa Glen and the Iron Ranger should be absolved of their sins.  Far from it.  What I am saying is that sometimes it just feels like this franchise is cursed and that even when they get it right--even when their young players begin to develop and show promise--something goes wrong, and that this, unfortunately, is what leads to the boobery.

If there is to be a silver lining in this mess, it will be that this misfortune will not be compounded by ineptitude. Here's hoping for the best.

PS: If pressed to give a more current "positive" out of this terrible situation, it is that the Wolves showed enough with a relatively full roster this season to know exactly where they need to go in the off-season.  It's not like we don't know that this team needs another point, a starting-level 3, and another big.  In that sense, this injury isn't a complete loss...just a 90% one.