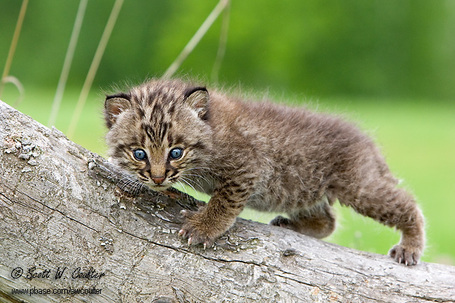 I can haz playoff spot?

I've always been a huge fan of expansion teams. There's something about starting from scratch and trying to build a team "the right way" that really appeals to me. I thought Bernie Bickerstaff (father of Timberwolves assistant coach JB Bickerstaff) did a very good job putting the Bobcats roster together at its inception. Emeka Okafor and Gerald Wallace are still franchise cornerstones, although they've averaged 62.6 and 60.8 games per season in Charlotte. He targeted value veterans and prospects to build the team with and never wasted cap space.

Then MJ came on board and Bernie was on the way out (although it was more than a year between Jordan's purchase of a stake in the team and Bickerstaff's departure). And I love to ride MJ. If you've never read When Nothing Else Matters, I highly recommend it as a peek into what Jordan was like off the court, especially during his days in Washington.

Jordan's focus on winning now, at all costs (especially cap room), was evident in some of the moves the Bobcats have made under his watch. Drafting Adam Morrison was apparently about drafting a "winner," despite huge (and in hindsight obvious) concerns about his game translating from NCAA to the NBA. Trading Brandan Wright for Jason Richardson was a win-now move that committed a lot of money to someone who wasn't able to push Charlotte to the playoffs. That summer the 'Cats committed $84 million to Gerald Wallace and Matt Carroll. He even traded two expiring contracts for mediocre, but highly paid center Nazr Mohammed.

While each had and has its merits and warts, they weren't enough to get Charlotte into the East playoffs and they finished 32-50 last year.

But then came a man named Larry Brown. While Brown has had success as a coach, he's also had some massive failures and his stint in New York tarnished all the credibility he'd built in Detroit. I expected the combination of Jordan and Brown to crash and burn.

After sputtering to a 7-14 start, the Bobcats revamped their roster mid-season and moved Richardson, Carroll and Morrison for Raja Bell, Boris Diaw, DeSagana Diop and Vladimir Radmanovic. Basketball-wise, these deals made sense as the roster got balanced, deeper and more talented. And after a hot streak in January and a recent 6-game win streak, the Bobcats appear to be on a better track than they were before their flurry of moves.

A few injuries and lack of consistency have instead put them in a 6-way race for the 8th seed in the East. While the Bobcats may make the playoffs for the first time in franchise history, they're still far from contending and have let go of potential flexibility down the road by taking on some big contracts.

But as far as our beloved Wolves, a veteran team with a veteran coach in a playoff race could cause big problems for a struggling young team that can't seem to string together the few successes they've tasted.

For more Bobcats coverage, check out Rufus on Fire.