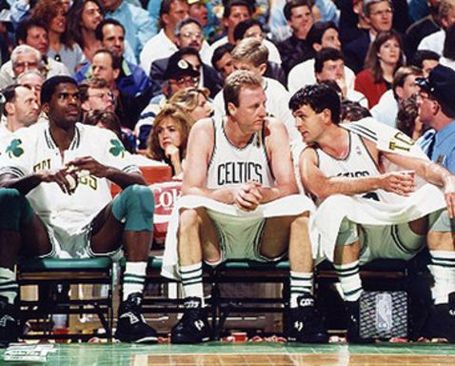 McHale to his starters: "Your efforts have landed you on the bench."

McHale to the fans: "My efforts have filled an entire team with bench players."

Papa Glen to McHale: "You're fired."

OK, I made up that last one but what more do fans need to see that McHale and this franchise can no longer co-exist?  Where else did people see this thing ending with McHale?  Let me go back to something I wrote on December 11th (highlights are new this time around):

What if the Wolves play .400 ball down the stretch?  If they played that well from the get-go we're talking about a 32-33 win club.  Is .360 ball enough?  That's a 31 win pace over 82 games.  How about .340?  That's still a big improvement over last year and it would be right in line with what historical averages suggest as an improvement for a team as bad as what the Wolves were last year.  Ultimately, this nasty little possibility raises some fairly uncomfortable questions for those fans who believe Papa Glen pulled a Godfather and placed a horse's head at the end of McHale's bed by moving him out of the front office.  The Godfather option depends on the Wolves achieving the worst possible options both on the court and in the front office.  In order for it to work, McHale has to be bad enough as coach that he will simply walk away at the end of the year.  More troublesome is the fact that it also means that the Wolves are so bad that they can't even win/improve in the style of play that they were built for.  Like it or not, McHale has these guys playing like we thought they would from the beginning of the year.  We all know he was a failure as a GM, but now the owner has a large chunk of his fans rooting for him to be a failure as a coach as well.  That's bad juju.  It's f-ing with basketball karma every bit as much as is trading Brandon Roy for cash.  Perhaps it's simply a solid reminder that the big problem with this team all along has been the owner.  A culture of boobery abounds at 600 First Avenue.

He has to go now just as much as he had to go when Witt was fired.  Papa Glen cannot continue to kick the basketball karma gods in the teeth; this has to end.

The second I turned on the game, the first thing that came to my head was not "Gee, McHale is going old school by benching his starters to get them play harder."  Nope, it was "Gee, I wonder what sort of old school move fans could pull to get Papa Glen to yank his coach and front office?"  Consistent standards?  On the Wolves?

During my time in the military I was in charge of a small peace time flight (USAF unit) that developed domestic range targets to help fighter pilots train as they fight.  One of the guys in my group wasn't too hot at his job but he was a hard worker and everyone really liked him so we moved him into training.  It worked out well for a while but eventually the baggage associated with his sub-par performance in the real world caught up to him in the class room and it spiraled downward from there.

It isn't a perfect analogy but when the guy who put the damn team together is demoted to coach and then has to bench his starters in favor of players who are well below replacement value, perhaps the irony of quality control isn't lost on the high draft picks who started the game in the cushy seats.

Of course, as is the case with a franchise that pretty much tells karma to go F herself, there is an ugly side to even the events that should be considered as necessary goods.  Should McHale get fired (or walk away) what does it say about the players who remain and whom he collected?  Epic. Fail.  Either way it's messy.  I'm not going to say that firing McHale and the entire front office is less messy than keeping them around, but it is the first step in mending the cosmic fence with sweet lady karma.

As for the game, this marks the third game in a row where I'll give the actual game the time it deserves: zip. For a game wrap from the perspective of the fans who have a team that hasn't quit, please head on over to our excellent sister site Liberty Ballers. While you're over there, check out their excellent Blueprint for Success post, which was based on our very own Building a Winner writeup.   Very good stuff.

BTW: Final lesson for the Wovles...when you hand out a commerative poster: 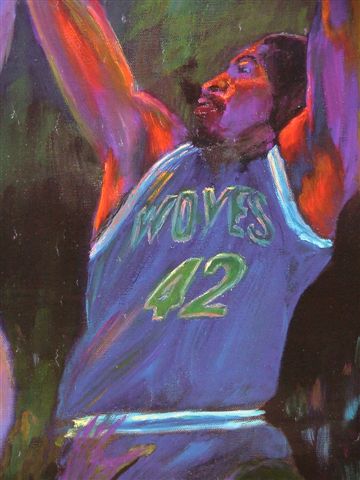 Please tell the artist that they can add an "L" to the original: 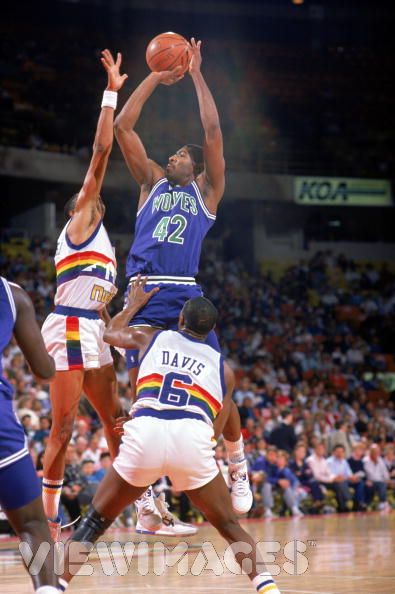 It's called "artistic license".  For the folks who signed off on the poster, it's called "quality con...never mind.