More Personnel Changes for the Wolves

Share All sharing options for: More Personnel Changes for the Wolves 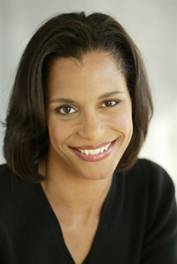 Hot on the heels of Telly Hughes moving to Wisconsin, Charley Walters is reporting (via TWolvesBlog) that "radio analyst Kevin Lynch and TV sideline reporter Lea B. Olson were fired with seven other Wolves employees," with no replacements expected.

And, via sank on Twitter, the Timberwolves are apparently putting the kibosh on Spanish-language home game broadcasts.

A rough economy, coupled with the drop-off in fan interest from a bad season probably mean that more non-player personnel moves are ahead, including of course the GM search.

Three new rumored candidates have popped up this week: David Kahn (via Britt Robson), Larry Harris (via HoopsWorld) and Sam Hinkie (via Jerry Zgoda). I smell some Executive Search posts.

Zgoda also mentions that he doesn't think a new GM will be hired until mid-May and confirms from Glen Taylor via Grandpa Sports that the new GM will be able to pick their own coach, even if Kevin McHale wants to return.