Executive Search: On and On Anon

Share All sharing options for: Executive Search: On and On Anon 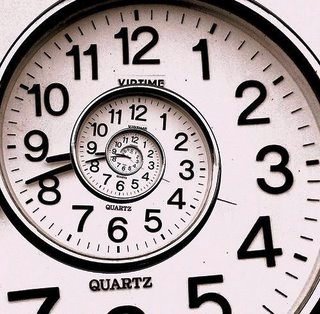 What do you call a support group for people who talk to much? On and On Anon.

At this point it's apparent that Glen Taylor and CEO Rob Moor are not members of such a group, as they have been pretty tight-lipped throughout the GM hiring process. Just a Fan's tip indicates that they're actually tightening internal communication about the process, so don't expect much information to come out before an official hiring announcement is made.

We the chattering classes, however, might want to start a support group for people talking about the Wolves' GM hiring, because it's driving a lot of us mad.

I already linked to Don Seeholzer's latest on the matter, but Jerry Zgoda posted some thoughts at his Star Tribune blog too. It was the most depressing thing I've heard about the process yet:

Looks like I will miss nothing by being gone this week. If  I had to guess now, I’d say the Wolves don’t decide and announce anything until after Tuesday’s draft lottery and the way things are going, it wouldn’t surprise me at all if it extends beyond that.

First, they're cutting a new GM's draft prep time dangerously thin. A draft where we have 3 first round picks, 2 second round picks and no obvious choices seems like one with a lot of options to explore; not to mention that if and when we trade some of those picks, we need to understand the implications it would have on the rest of our summer.

Second, if a new GM will be hiring a new coach, he'll be behind other teams in that process from the get-go. Flip Saunders has a job, Eddie Jordan's been interviewing in Sacramento and Philadelphia and Doug Collins and Tom Thibodeau (former Wolves assistant, currently in Boston) are believed to be garnering serious interest as well.

All this foot-dragging makes me think that Taylor is still uncomfortable with bringing in new leadership, a critical part of getting his franchise of its current quagmire in my opinion. The probability of Fred Hoiberg, Jim Stack and Kevin McHale having jobs with this team next Fall will keep increasing the longer this hiring process drags on.

I've come around on the idea of Hoiberg and McHale staying with the organization (I'm more indifferent about Stack). McHale really salvaged the players' morale through a dismal season. Despite his reliance on intuition and guts over X's and O's or stat reports, having McHale on the bench was undoubtedly a net positive. Likewise, Hoiberg has been a key piece in the front office reformation that's occurred since trading KG. While the roster still needs a lot of work, the Wolves front office has made the best of a bad situation with a string of very solid personnel decisions.

I understand that this is a big decision for Glen Taylor. But the protracted process and what appears to be a scattered approach to candidate consideration makes Taylor and the franchise look completely unprepared for hiring a new GM.

Then again, we've got to have something to talk about, right?