Everything you think you know about the Wolves is wrong, pt i: Al Jefferson needs to move to power forward

Share All sharing options for: Everything you think you know about the Wolves is wrong, pt i: Al Jefferson needs to move to power forward 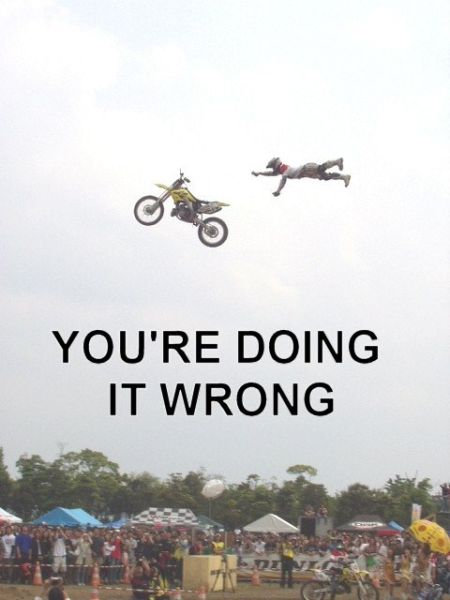 In the time between now and the draft I thought it would be a good idea to throw out a few discussion topics that will...shall we say...spark a spirited discussion.

The first post in this series is what I believe to be the single biggest and most wide-spread incorrect take on the team: that the Wolves need a center so that Al Jefferson can move "back" to the 4.

The basic argument for needing a center goes like this:  Big Al is really only 6'8" without shoes and because of his lack of size he is consistently lit up by opposing big men.  If Al was moved to his "natural" position of power forward, he would get a better defensive draw and a) be more effective on offense, and b) would be able to defend better against opposing power forwards.

This is questionable for several reasons....which we will talk about below the fold.

First of all, this may come as a surprise to some of you but basketball players do not defend with the tops of their heads.  It's true.  Most near-the-rim defending is done with hands; hands that are typically raised above one's head.  While there are other things to consider such as a player's vertical jump, how quickly a player can raise his hands, and how effectively he can use his body to prohibit other players from jumping, the best general estimate of a player's height is his standing reach.  Big Al has a standing reach of 9'2", placing him well within the range of what makes for a serviceable NBA center.  His standing reach is equal to or higher than the following players: Nene (+1), Aaron Gray (+1.5), Spencer Hawes (even), Joakim Noah (+3.5), Al Horford (+3), and Chris Bosh (+1).  It is only -0.5 inches less than Andrew Bogut and Chris Kaman.

I know what some of you are thinking: But what about the Greg Odens, Yao Mings, and Andrew Bynums? The answer to this is simple: there aren't too many people on the planet who can combine this sort of massive length with effective basketball play.  The next question is this: But what about Hasheem Thabeet?  We'll get to that one a bit later.

Kevin Love led the Wolves with a 7.4 WARP in his rookie season.  Despite some often-heard sentiments about him being a terrible defensive player, the 20 year old rookie actually held his opponents to 86.6% of their per-possession production.  Love even led the team in defensive win shares.  These probably aren't stats you want to write home about, but taking into account the fact that Love was the team's only legit front court player in the last 2-3 months of the season, that he was a rookie, and that he was often left cleaning up the mess left by one of the worst defensive perimeters in recent basketball memory, they are encouraging in a player as smart and talented as Love.

Third, as mentioned directly above, the Wolves were blessed with a truly pathetic crew of perimeter defenders.  Horrid actually.  Outside of Mike Miller, the Wolves do not have a single perimeter player with a whole defensive win share and with a full win above a replacement level player.  Let that one sink in for a moment.

Their back court usage leader and point shooting guard of the future allows his opponents to average an entire 15% more production per possession than average.  If you are looking for a single player to scapegoat the team's awful defense, search no further than Randy Foye.

For those of you hoping and praying for Thabeet, at least he would get a solid test of his rim-defending capabilities with the current crop of Wolves perimeter defenders.  You should also take into consideration that Thabeet's success in college was tied, albeit with an unknown amount, to zone defense.  He was also a nearly completely ineffective offensive player.  I'm not really sure what people are thinking when they talk about putting this sort of player on the offensive end of the court next to a guy that posts up for a living.  Jefferson needs to be paired with a guy who can, at the very least, draw his defender out of the paint on offense.  Surrounding a guy who is ineffective on one end of the court with a guy who is ineffective at the other end of the court doesn't make for a complete situation; it simply turns both ends of the court into 1/2 effective messes.

Let's take a look at Jefferson's offensive and defensive ratings over the course of his career (OE/DE):

While it's clear that Jefferson isn't a world class defender, he is capable of planting himself, even at an early stage in his career, in a middle-of-the-road defensive team (Boston finished 14th, 20th, and 16th during his three years there).  Granted, he did so next to the ultra-long Kendrick Perkins, but he also had comparatively capable players around him on the perimeter.  Whatever the case, Jefferson led the Celtics in defensive win shares in his last season with the club.  It's nothing to write home about, but it's also just enough to highlight the significant drop in efficiency when he was traded to the Wolves.

In the interest of a full debate, this is one area where I wish I had more and better stats to figure out just how much Boston's perimeter defense led to Jefferson being a part of a modest defensive club.  It could very well be that Perkins had a huge impact and that perhaps Jefferson does play better at the 4, but in the case of the Wolves--a team with a 2nd best player already occupying the spot; and a team with an all-around lack of talent that doesn't even stack up against the Pierce and Rondo-led pre-KG Celts--that option isn't as attractive as it might seem because it would trigger all sorts of other needed moves.

At the end of the day, Jefferson possesses adequate length to be a center in the NBA.  Hopefully, he will show a natural progression towards proficiency that will be helped along by the addition of new (read: better) players and the continued (and hopeful) development of guys like Corey Brewer.  Keep in mind that as a high school big man, Big Al probably had to play "defense" much in the style of how I defend the 5 foot 6th graders on my driveway court.  This isn't an excuse; rather, a reasoned hope that 4-5 years in the league have left him with a solid inkling that he needs to focus more on that particular part of his game in order to take the cliched next step.

I will not deny that the Wolves need a long and athletic player to defend the rim.  This, however, is more of a slave to function than position, especially on a club with Jefferson and Love being far and away the two best players.  The addition of someone like Thabeet simply means that the Wolves will have to move one of their only effective players (perhaps their most effective player) off the court for long periods of time.  That may be a winning recipe in some people's minds, but is certainly isn't an effective use of resources...unless, of course, you are comfortable with the 6th pick being a backup 4/5, which, I suppose, is a reasonable position.

Let's wrap this up by taking a page out of the Donald Rumsfeld play book and talk about going to war with the team you have, not the one you want to have.  I'll repeat what I have said a hundred times on this site: The big decision with this club was not O.J. Mayo vs. Kevin Love; it was Brook Lopez vs. Love.  For better or worse the Wolves went with Love and that is now the deck of cards they will have to play with.  Sending Love to the bench in favor of a guy like Thabeet is simply another step backwards in the rebuilding process.  It's another draft wasted on (possibly) incorrect past decisions.  I, for one, think that Love was 100% the right choice and that they should march ahead looking for a set of long athletic players at the 2 and 3 that can guard multiple positions, rebound, and hopefully do a bit of rim-protecting. (I also think that they can't waste the 6th pick on anything other than a guard or wing.)  Of course, these players are just as rare as guys with 9'5" standing reaches so that complicates the matter a bit, but the ultimate point here is that a) Jefferson has adequate length for an NBA center, b) he should show some form of career progression on the defensive end (hopefully involving better effort and awareness), c) the Wolves haven't done their big men any favors with guys like Foye and Sebastian Telfair on the perimeter, and d) Kevin Love is their second best player and has all the makings of someone who can be a legit #3 upper-level glue guy on a winning squad; you just don't draft an unknown big or bring in a defensive specialist to take away from the 35 mpg that this guy should be getting night-in and night-out.  If a big man is brought in, it should be with the clear understanding that he is a backup 4/5 and that he will not take away starting quality minutes from the team's two best players. Ultimately, you have to hope that the positives Love and Jefferson bring to the table will outweigh the negatives and that the Wolves can find some perimeter players (and a wing) to buttress their relative weaknesses.

Let's get to finding two players that can man the 2 and 3 and give the Wolves some athletic defense while letting Big Al, Love, and hopefully James Harden or Stephen Curry do their thing on offense while doing the best they can on the other end of the court.  Could this pairing be Corey Brewer and Austin Daye?  What about Brewer and Andrei Kirilinko?  Could Demar DeRozan be a defensive stopper? Could a pairing of Kirk Hinrich and Curry or Harden work at the 1/2? Could someone like Samuel Dalembert be brought in for 30 mpg at the 4/5?  What about Javale McGee?  I don't know.  What I do know is that the let's-pair-Big-Al-with-a-monster-starting-center ship sailed with Brook Lopez.