Share All sharing options for: 3-0 and more draft boarding 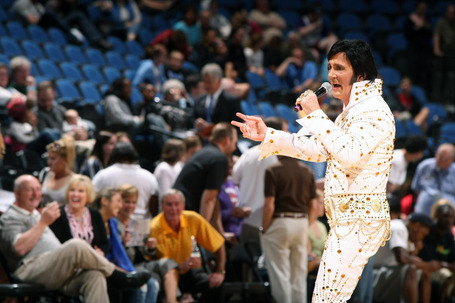 It was Las Vegas night at the Target Center when the Lynx went to 3-0 with a victory against the Ms. Sheldon Williams-less Los Angeles Sparks. What happened at the TC definitely doesn't deserve to stay there as your hometown five played yet another exciting up-tempo game for a win.

The star of last night's game was Olympian Seimone Augustus, who scored 30 points on 22 shots with a +20, 9 rebounds, and 4-5 from beyond the arc. She did have 6 turnovers but hey, that's definitely something you can live with when you have a player who handles the rock that much while shooting that efficiently.

The star of the season so far has been 2nd year center Nicky Anosike. Last night she scored 16 points on 7-10 shooting. It could have been even better had she not missed 6 of her 8 free throws. In three games Anosike is shooting 17-24 with 16 rebounds, 24 assists, and 7 blocks while holding down the paint.

The other big revelation has been head coach Jen Gillom, who has instituted an up-tempo style that seeks to maximize the number of possessions (read: opportunities) her collection of efficient players have to put the ball in the bucket. Last year the Lynx started out 5-0 and ended up out of the playoffs with the 2nd highest scoring offense. It will be interesting to keep track of any difference in pace between this year's squad and last year's version. Offense wasn't exactly a problem for last year's Lynx but they have kicked it up to another level this season. Granted, we're talking about small sample size theater at this point, but it's still an encouraging sign to see them playing at the tempo they are currently playing at.

BTW: The stat of the night was Rashanda McCants picking up a Shaddy-esque -9 in 3:15 of play. I know, it's a cheap shot; but it's against the dearly departed loser of the Foye/Shaddy Death Match. Here's hoping the sister can make her way through professional ball in Minny with a bit more grace than the brother.

Moving on to the Canis Community Draft Board, here is where we stand after last round's voting:

Who should the Wolves have as the #9 player on their draft board? Vote below.