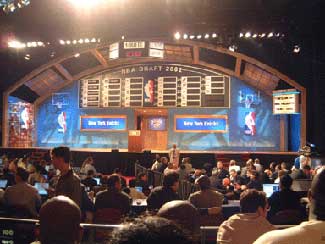 The most entertaining sports night of the year is here.  Let the festivities begin.