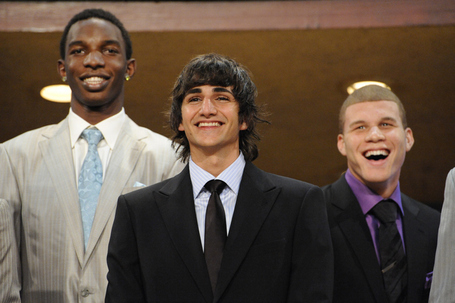 You can't trade the kid.  If anyone has a link to a picture with him in a Wolves hat, please place it in the comments.