Share All sharing options for: Players from lesser markets who should be playing in the Twin Cities

Thanks to the Ricky Rubio situation, I've had the chance to read a lot of reports on the subject from the New York media and it's taught me a great deal about how the world really works.  Namely, that large cities have the right, nay, duty to publicly bitch about how they should have all of the best talent in the world.  It's theirs and you will like it that way.

Seeing that Minneapolis/St. Paul is the 14th largest media market in the country, while we may not be the biggest fish in the pond, I figure that we are deserving of a little whining righteous demanding of our own.  Here are some teams that owe us players via lopsided trades a'la Nate Robinson and Wilson Chandler for Ricky Rubio:

Before I get back to typing I have to check something out in the latest issue of Sports Illustrated: 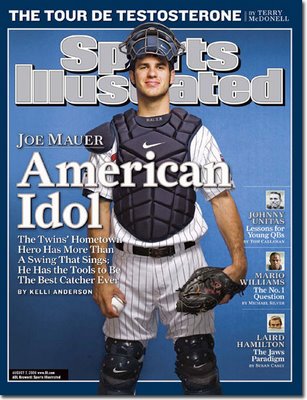 BTW: H/T to Poor Dick for the idea.