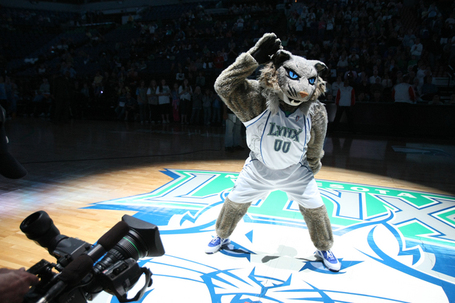 For the first time in quite a while, there was some very entertaining basketball at the Target Center last night.  The Lynx opened up against Chicago with an offensive display that featured speed, solid shooting, lots of getting to the line, and a surprisingly deep rotation.  It also featured new coach Jen Gillom, who replaced former coach Don Zierden, when he quit last Tuesday to join Flip Saunders on the bench in Washington.  It was nice to finally see a woman at the head of the Lynx's bench, especially someone like Gillom who has a history in the league.  Gillom appears to have already instituted an up-tempo system that is miles more entertaining than what Zierden had in place....however, we're only talking about one game so we'll have to wait and see.

Olympian (yes, a Minnesota basketball team has one of them) Seimone Augustus looked fantastic and the team got efficient production from Candace Wiggins (20 points on 9 shots) while center Nicky Anosike dished out 8 assists with 4 steals.  Heralded 1st year point guard Renee Montgomery didn't see a ton of action (she struggled a bit in the pre season) but she still ended up with 9 points on 4 shots with 4 assists in just over 19 minutes of play.  The Lynx have a lot of pieces the Wolves are looking for: two potential upper-level scorers (Augustus/Wiggins), a versatile big (Anosike), and a point guard of the future (Montgomery).
Outside of a few of the Wolves' more solid team efforts between the day-after-Christmas Knicks game and Big Al's injury against the Hornets, the Lynx played one of the most exciting games a local basketball fan could hope to see from a hometown team.  They were clearly the superior squad on any number of levels: talent, quickness, length, coaching, and b-ball IQ.  It was a fantastic game and here's hoping they can continue it against Indiana (who they lost to during the pre season game linked to above).

Best of all, the WNBA has a free league pass option and I already seem to have more access to the Lynx than I do the Wolves.  Hooray NBA!!! Let me watch the exciting women's team for free while making me pay for 24-win "action" on the men's side.  We'll see how well the league pass option works with tonight's game against Indiana.  I will be watching the Finals game tonight and if I am able to catch the Lynx on an archive...for free...I will let you know all about it and just how much better the WNBA is at treating its on-line fans than its more established male partner.