About a week ago Ball Don't Lie had a post about the 10 Greatest Feel Good NBA Moments of the Last Decade and one of them was the Wolves' tribute to George Mikan:

I can't find a single photo chronicling the event.

I can't even find a good shot of the statue the Timberwolves debuted as a result. No video, either.

What I can tell you is that, in April of 2001, the Minnesota Timberwolves hosted the Los Angeles Lakers on a Sunday afternoon, and the two squads decided to pay tribute to the legendary George Mikan at halftime of a nationally televised contest.

Mikan was in attendance, a rarity at that point in his life (he passed away a few years later), but in great sprits as the two teams (the once and future Minnesota NBA franchises) feted the Hall of Famer.

A Mikan statue was unveiled, cheers all around, a good time had by all. Pity that just eight years later I can't find much evidence of it actually happening.

Thanks to the good folks in the Wolves' PR department we now have evidence: 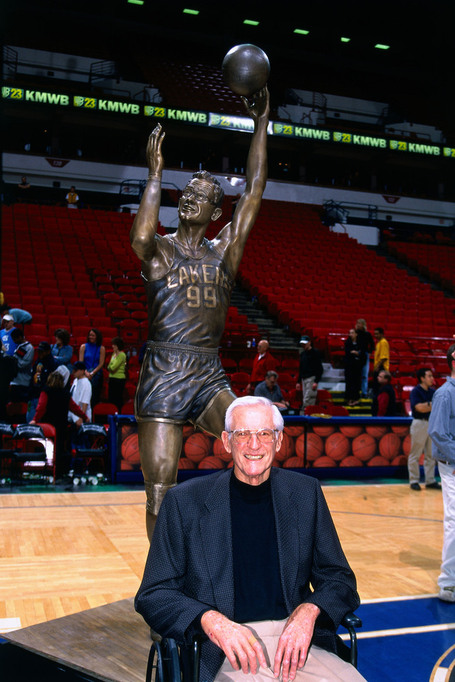 Good stuff for a great player.