Were you not entertained!?

Share All sharing options for: Were you not entertained!? 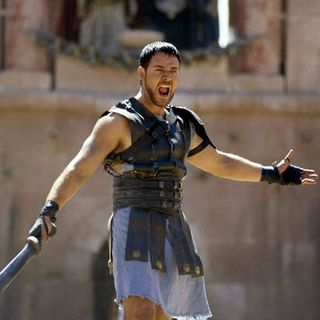 I really want to like last night's victory over the Clippers.  I was, for pieces of the game here and there, entertained.

Is it right for a fan of a 9 win squad to be unimpressed with win #10?

The flip side of this coin is that bad pro basketball is virtually unwatchable.  With an 82-game schedule, it is almost guaranteed that, at some point during the season, paying customers will be treated to a couple (even more, depending on who you root for) displays of awful, no-good, unwatchable basketball.

The Clippers absolutely did not come to play basketball until about midway through the 3rd quarter last night.  It takes two to tango even in the NBA and the Wolves' lack of a dancing partner for the first 24 minutes of the game turned what should have been an enjoyable display of the Wolves playing with energy, tempo, and grit, into an event that made me want to search for something better on League Pass. Ultimately, Baron Davis decided to turn on the jets in the middle of the 3rd and the Clips were able to cut a 20+ lead down to 5 and make the game "interesting" but he and his teammates eventually ran out of gas and they seemed to make the collective decision to not even attempt to fire the afterburners against the lowly Wolves.

In a weird way, this is the mirror image of what the Cavs did to the Wolves.  It's the dark side of the Korean cooking game wrap moon.  LeBron and the Cavs didn't' respect the Wolves enough to try in a blow-out win; dancing and cutting nails on the sideline while going through the motions.  Baron and the Clips didn't respect the Wolves enough to bring it on home in a blow-out loss; getting within 5 points before reverting back to their 1st half form.

Because the game was not broadcast on local TV, and because the Stop-n-Pop family is about to head out the door for swimming regionals in Austin, MN, I'll do my best traditional/short wrap up impression for those of you who were unable to see the game.

The Wolves raced out to a 30-24 1st quarter lead on the back of 4-4 shooting from Jonny Flynn, solid transition play from Corey Brewer, and a surprisingly effective effort from Ryan Hollins, who replaced Kevin Love in the starting lineup.  The Wolves were lights-out in transition, outscoring the Clips by 14 on the break in the 1st half according to the Clippers TV crew.

The kicker here is that the Clips played without Chris Kaman, and Ryan Hollins looked like a functional NBA player when paired up against the likes of Brian Skinner and Craig Smith.    It really cannot be overstated just how much like dogs the Clips played like last night.  They exhibited the type of effort and play that made it hard for a fan of pro ball to keep his eyes on the screen.

The Wolves went 25-41 from the floor in the 1st half.  Jonny Flynn led the way with one of his most efficient scoring efforts of the year, finishing with 1.23 points contributed /possession used.  50+% shooting + 8 assists will do this for a guy.  Flynn also displayed, once again, an ability to facilitate for others while in transition and in an up-tempo mode.  He still hits a brick wall once the pace slows down and he is forced to operate in a 1/2 court setting, but last night against the Clips he was able to bob and weave his way to a very effective night.  He

The Wolves started the 3rd quarter by giving up a small run to the Clips before making a 6-0 run of their own to get the lead back to a game-high +23.  At this point Baron Davis decided that he would start playing and the Clips went on 3rd quarter runs of 8-0, 6-0, and 10-0 to more than cut the lead in half.  Davis finished the quarter with 23 points on 8-11 shooting.  He played each and every second of the quarter and was clearly gassed as the bell rung for the 4th.

On the Wolves side of the ball, the 3rd quarter (and maybe the game) was saved by Corey Brewer going 3-4 from the field with his 3 makes being 3 pointers.  Brewer finished with 0.99 points created/possessions used.  He had 20 points and 3 assists but his 8 attempts from beyond the arc with only 2 FTAs kept this from being a game to crow about.  Brewer is at his best attacking the lane and in transition.  Less threes, more FTAs please.

The final quarter featured the most entertaining basketball of the night with the Clips using a 9-2 run to cut the contest to within 5 points before the Wolves answered with a 14-3 run led by Al Jefferson and Jonny Flynn to effectively close out the contest.  The Clips were gassed and they rolled over in the last 6 minutes of the game.

Random notes from the game:

Well folks, that about does it.  The Wolves put out a great effort last night and they ended up with a win.  The Clips were uninterested in playing and they got spanked.  They have now lost to the Nets and the Wolves within a span of a week.  Has the tank-a-thon begun?  Whatever it is, it's that time of the NBA season where fans of pro ball (especially ones who root for bad teams) are treated to hefty doses of crap.  This is, was, and always will be my biggest beef with the league.  82 games is waaayyyyyy too long and sometimes the product is almost too bad to watch, even when the good guys show up and play hard.