S-n-P has his early game wrap up, and I'm sure there will be more to follow from the popcorn machine later. In the meantime, I'll interject with some thoughts from Target Center itself. 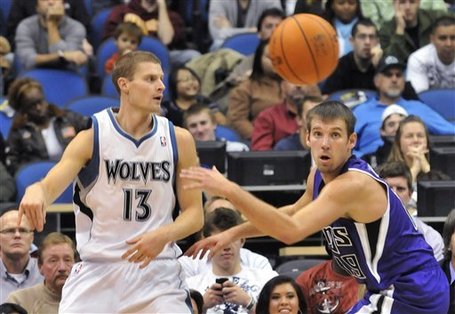 Yep, went to the game tonight. Ate food, laughed at the gimmicks, and tried to avoid the super creeper sitting at the other end of our row. Oh ya, and there was a game going on the whole time....here's my thoughts on that.....