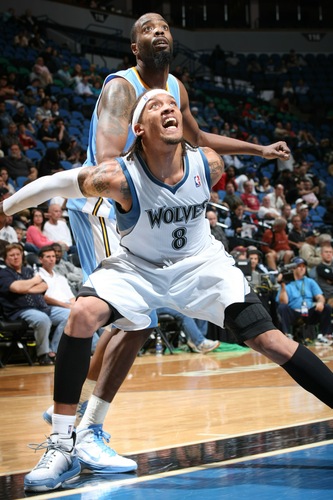 Michael Beasley is a power forward. That's it. That's all there is to it. Short, sweet, to the point. The guy is out of position right now, and while it may be necessary for the time being, it's not ideal. He simply performs better at the 4 spot.

Last season's numbers showed that Beasley's play suffered when he played small forward, with one caveat: he only played 8% of the total available minutes the Heat had at the position. This year....it's only been 1/5 of a season so far, but his time is being split a lot more evenly between the 3 and 4, and the difference couldn't be more shocking.

EDIT: It has been pointed out that 82Games has been listing Tolliver as a small forward, which artificially increases the number of minutes Beasley has been listed as having played power forward. While he has spent time there, we're not sure exactly how much or what his numbers would look like if Tolliver's time at small forward were to be listed as time at power forward instead.

This is something we'll have to visit later to get a good look at. In the meantime, I'll keep this up so people can look at what is there and continue the discussion that's been happening. Thanks all!

On Offense (per 48 minutes)

Every single statistic is better for Beasley at power forward. Not some statistics, or key statistics, or "big man" statistics. Every. Single. One. More points at better efficiency, more rebounds, more assists, more blocks, fewer turnovers, and fewer fouls.

On Defense (per 48 minutes...basically what Beasley holds his opponents to) 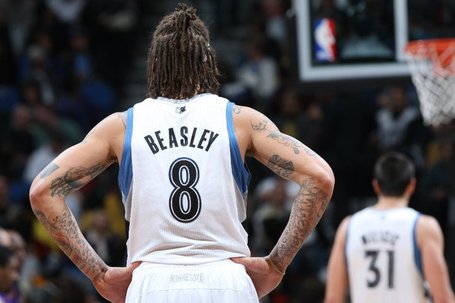 Natural position exists. It's real. It may seem silly on paper when we can find any number of reasons why a player should be able to play at a different spot, but the players themselves feel the difference, and it shows in their performance.

I'll say the same thing I said when Beasley first arrived: play him at the position he plays best at. Across the board on every point measured, both Beasley and the team are better when he plays power forward.