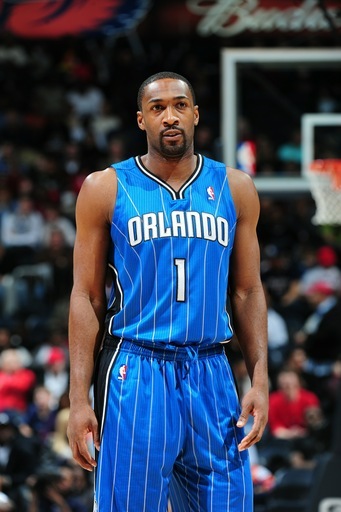 It appears the Magic are...well....magic. In the course of a single day, Orlando turned over a third of its roster, exchanging $50 million in contracts, draft picks and straight up cash with the Washington Wizards and Phoenix Suns. More than that though, the deals weren't just about salary figures or behind-the-scenes planning. The players being exchanged are or were or could be marquee names in the NBA: Vince Carter and Jason Richardson. Gilbert Arenas and Rashard Lewis. Hedo Turkoglu and Marcin Gortat.

But perhaps the most noteworthy lesson to take away from these blockbusters is what it says about the league as a whole. After all, it's still December. The trade deadline is still nearly two months away. Last season, the league was gripped with inertia when it came to making deals. Amare Stoudemire stayed put. Chris Bosh stayed put. Nothing remarkable really happened.

This season, that couldn't be further from the truth.

Orlando knew it wasn't working. They knew it long before this season even began. Acquiring Gilbert Arenas and re-acquiring Hedo Turkoglu are things they've been talking about for a long time. The Magic spent last year trying to be a team they weren't meant to be. They tried to get Jameer Nelson to be a conventional point guard. They tried to load the ball up on Vince Carter. None of it worked.

When Orlando essentially traded Hedo Turkoglu for Vinsanity in the summer of 2009, things seemed to be in their favor. Although he had lost some of the athleticism that made him "Air Canada" early in his career, Carter was a proven scorer coming off a 20-5-5 season with the Nets. The talent exchange was golden...but unfortunately, the fit was cheap copper.

The Magic simply aren't meant to have a ball dominant player. Their offense is Triangle-esque in that regard. Carter didn't play poorly by any means....he averaged 16-4-3...but his way of playing disrupted what had been a good thing for the Magic. They thrived on ball movement; Carter thrived on isolation. His habits slowed the Magic's free-flowing offensive scheme and froze out other players they needed production from: most notably Rashard Lewis, who had arguably his worst season ever as a pro playing alongside VC.

The deals the Magic pulled off are remarkable not only in the sense that thy actually happened, but also in that they're the sort of trades everyone aims for but few seem to reach: trades that make both teams better. 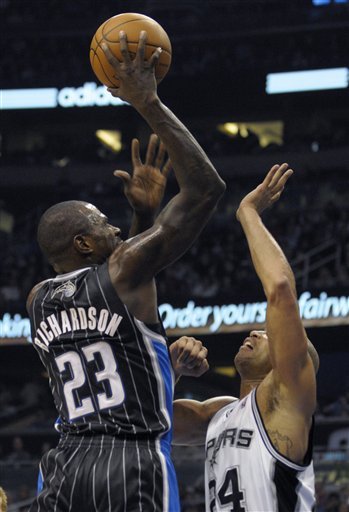 The Magic got Turkoglu back, the player who seems to be proven as the linchpin for their 2008 Finals run and who really makes their system click. They also picked up Jason Richardson, a better fit than Carter as an off-the-ball shooter who doesn't flinch from hard contact. And, of course, Agent Zero: Gilbert Arenas. Sure, there are major questions about his health, mindset, and behavior. But if he can get back to even half the player he used to be, he'll provide the Magic with a much-needed shot creator and....well, it'd be hard for even him to play worse than Lewis.

On the other end of that trade, the Wizards successfully divorced themselves from the past. Even if Arenas had behaved himself and produced, too much had happened for he and the organization to have peacefully coexisted.

And the Suns accomplished their goal of remaking their frontcourt in the wake of Amare Stoudemire's departure. Marcin Gortat gives them much-needed size and rebounding in the paint, and can chip in with scoring and defense as well. Vince Carter should thrive in their open-court system with Nash to feed him the ball, and exchanging ill-fitted Turkoglu for the versatile Mikael Pietrus isn't bad either.

But again, the most amazing part of all of this is it happened before Christmas. Conventional wisdom in the NBA is to plan far, far in advance for these sorts of things, but wait until the last minute to actually execute them. Maybe something better will come up. Maybe someone gets desperate and can be suckered. Dealing major pieces of the roster this early defies normal logic...but it's also in line with this season's trend, and in fact, might have been smart on the part of the Magic.

Take the Denver Nuggets, for example. Despite what they might say to the press, Carmelo Anthony is a goner. We know it, the rest of the league knows it, and deep down, one has to believe the Nuggets know it too. Anthony has in his head this idea that he has to move on from Denver, and it's not going to get uprooted. And new Nuggets General Manager Masai Ujiri is smart enough to learn from LeBron and the Cavaliers and Bosh and the Raptors: if Carmelo isn't dealt by the trade deadline, Denver probably won't get anything for him. 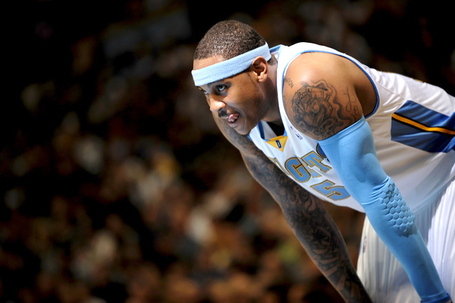 The question there, however, is why hasn't Anthony already been traded? Before this season even started, the Nuggets had a golden trade proposal on the table from the New Jersey Nets that would have gotten them prized rookie Derrick Favors, versatile forward Andrei Kirilenko, and several draft picks. Charlotte and Utah were on board, Carmelo was 100% ready to sign an extension with the Nets....but Denver got nervous and backed out. And now they're going to pay a heavy price for that.

Since that time, the Jazz and Bobcats have wandered off in other directions. Even more damaging, not only has Carmelo refused to change his mind, but he has publicly stated he will not sign an extension with any team except the Knicks. That severely narrows the field for the Nuggets....the Nets will still make a play, but with far less on the table and knowing that they'll have to make a major sales pitch to Anthony....again. The Knicks lead the race because Melo says so, but what can they offer? Their talent is thoroughly mid-card level and they have no draft picks to sell. Outside of those two, there's only possibly the Mavericks, who have nothing to offer either, and are probably only considering it because Mark Cuban has decided Mikhail Prokhorov's ownership of the Nets is some sort of diabolical Russian scheme to usurp his grasp on the NBA's spotlight for flamboyant rich people.

Bottom line is the chances the Nuggets will get another offer comparable to Favors, Kirilenko, and a trio of first rounders is slim-to-none. Their inertia cost them.

All around the league now, teams are getting an early jump on the trade winds. The Nuggets have resigned themselves to dealing Carmelo. The Pistons continue to shop Richard Hamilton and Tayshaun Prince. The Bobcats have "fired" head coach Larry Brown and are aggressively looking to deal his favorites: Gerald Wallace, Stephen Jackson, and Tyrus Thomas. And the Nets have already dived in, picking up another pair of first round picks to use as bait.

The perspective now is "you snooze, you lose". The Magic opened the floodgates way early. Teams looking to sell aren't sitting on their hands waiting for last-second desperation offers, and that means teams looking to buy can't afford to sit on their hands and see what the competition is doing first. If you don't make an offer early, you might not be able to make one at all. The players you're after might be gone by then.

Already Portland is constructing a trade offer for Gerald Wallace. Already the Knicks have begun planning to acquire Andre Iguodala if Carmelo can't be had. 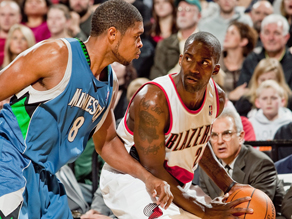 What this means for the Timberwolves is, if that cap space is going to get used, it needs to happen now. Waiting games end in heartbreak this season. If the team wants to get in the game, it needs to be like the Blazers, be like the Magic, and get proactive about it. Get it out there. Let other teams know. Because those teams that are selling are looking like they'll be selling to the first deal they like, not necessarily the best one they can find.

If there are names out there the Wolves want, then they better name them now, because this season, no one is sitting back and waiting.