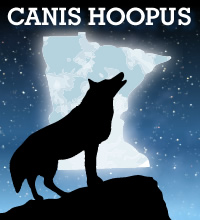 The last few days, we have noticed an uptick in trolling and wildly argumentative and disrespectful behavior in the game threads and game wraps. Last night's game wrap in particular was really bad. We would like to remind everyone that, although we try to keep this site as open and accessible as possible, this is not a free for all.

When we say things like "be excellent to each other", we're not just making a show. This is an expectation for you as a commenter on this site. We expect everyone to be respectful to one another.

In the first draft thread of this season, S-n-P laid out ground rules for this site. These have been copied and pasted below the fold of this one....please read them, as these things will be enforced in the future. We highly value this site and the positive contributions being made that make this place more than just a news feed or generic coverage of the highlights, and we don't want that marred by arguments and behavior that take away from the online community that has been established.

I'd also like to take this opportunity to crib a post from Blazers Edge about site etiquette:

All of Blazer Nation is going through a difficult time.  It appears to many as if a dream held for nearly four years--an entire generation of players--is slipping away.  The future is uncertain but doesn't look positive compared to previous seasons.  That's generating a lot of grief and angst.

People tend to deal with grief and angst in different ways.  Some react with anger, lashing out at the source and anyone who gets in the way.  Some evidence anticipatory grief.  To assimilate the experience they throw it into overdrive, talking about future losses as if they were a certainty, feeling everything all at once to get through it.  Some try to seize control over the experience by being unkind to others, taunting and lording over, grasping for one kind of power when another has been robbed beyond their ability to retrieve.  Others are just honest about their sadness but need to pour it out and talk through it, sometimes repeatedly.  Finally there are some who just plug their ears and pretend it's not happening at all (and woe be to anyone who tries to convince them differently).  We've seen all of those responses at Blazersedge this season.  We've also seen plenty of folks trying to make relatively normal comments amidst this sea of different responses and getting caught up in the mess, sometimes getting their feelings bruised in return.

As you can imagine, it gets tricky trying to sort through all of this.  It's difficult to define the line between letting people work through their stuff and allowing that stuff to impede someone else's working through.  That's the task these mods face.

From the very beginning we identified what this would look like if it went wrong.  You only have to go back five or six years to the heart of the Jailblazer era to see ugliness in full bloom among Blazer fans.  Back then there were two camps.

Team Red Pill, meet Team Blue Pill.  Go read the entire post and tell yourself "ditto".
Dave lays out 3 rules:
1. People are allowed to work through their grief and react to bad news, but there are limits.
2.  People are not allowed to belittle, disparage, attack, or slight each other on this site even in the name of "fandom".
3.  Where and when you make your comments matters as much as how.
He gives wonderful explanations for all of the rules and you really should take the time to read them because that is what we expect here at Hoopus.  We're not as big and not as strict as BE, but we definitely have moved beyond the little corner bar of 250 folks a day stopping by and our newer customers are probably...well, over 5000 people a day read this site and things are getting ugly with the team.  I think it's time for a reminder of how we'd like people to treat one another.
I would especially like to call attention to two things.  First:

This rule also applies to those who repeat similar arguments in multiple threads.  We need to hear things a couple times but not dozens.  Responding with the same argument every time someone brings up a given subject gets tiresome and quickly becomes a form of conversation-stifling intimidation.  In this case you're not talking to people, but over them.

If you go on and on about the same point over and over and over, chances are you will run into a situation where even if people agree with you, they will be sick and tired of hearing you say the same thing over and over and over regardless of the situation.  If you think this is an example of the moderators on this site being out to get you, or that it is somehow groupthink, then you really need to rethink why you choose to sit down at a virtual bar that obviously isn't your cup of tea.  No one is telling you that you can't say certain things; we're kindly asking you to say them in a more constructive way and to respond to the comment/person at hand without your pre-determined goal of this, that, or the other oft-repeated statement.
Second, the name calling and swearing needs to stop.  I'll remind everyone that there are flag buttons on each and every post/comment and I encourage you to use them if a post/comment goes over the top.  From here on out, swearing at someone gets you a week's vacation from the site.  I don't mind the occasional cuss word in frustration during a tough loss, but it can't be directed at anyone.  Also, let's cut the crap out about accusing people of not watching the game, or them belonging to a certain camp of thought.  Disagreement is good, name calling and putting people into whatever camp you think they belong in is not. Disagree with the point at hand, not the person who makes it.
Finally I cannot tell you how much I think of this on-line Wolves community.  It really has grown far above and beyond what we ever expected.  We have a constant stream of entertaining and interesting FanShots and FanPosts; TimAllen and Oceanary have really brought some much-needed optimism to the main page; and long-time commenters like Eric in Madison, PoorDick, and Andy G have become below-the-fold institutions.
The two most interesting things about running this site are trying to maintain it's overall feel as a "voice of the fan" and finding a balance between entertainment and, unfortunately with the Wolves, reality.  This season has been challenging on several fronts for these two main Hoopus planks.  Hopefully, we can keep things entertaining, somewhat based in reality, and away from the content you can find in the local paper.

OK then, I think this post has gone on long enough and it covered a lot of ground.  I'm going to add those 3 rules to the "keep it clean, don't be mean" mantra...